Dog graveyard: Tens of thousands of pets in China to be SLAUGHTERED by authorities 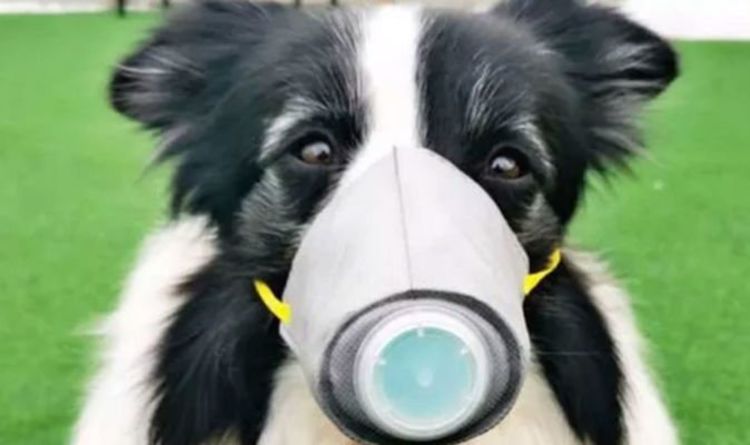 The horror decree comes amid fears animals could also catch the deadly coronavirus, which has killed 213 people in less than three weeks. Residential committees, village officials and companies in various provinces and municipalities across China were ordered by their superiors to issue the strict instructions for locals to tackle the epidemic. One village in Hebei urged all households to “deal with” their pets within five days, otherwise officials would “handle” them. It is believed the number of pets at risk is in excess of 10,000.

Another residential committee in Shaanxi instructed people to “consider the overall situation” and dispose of their cats and dogs immediately.

It came as China’s top expert for infectious diseases warned pets would also need to be quarantined should they be exposed to coronavirus patients.

This has led to fears that animals could also catch and spread the disease.

However, the World Health Organisation claimed it has not seen any evidence of the virus being passed onto cats or dogs.

He said: “This is not the right approach for local authorities in China to deal with the national crisis that can be traced to China’s out-of-control wildlife trade.

“Companion animals did not contribute to the outbreak of SARS in 2002-2003. They do not have anything to do with the Wuhan epidemic.”

JUST IN: Why is it called coronavirus? What does corona mean?

The area’s police forces were told to “strictly resist” residents from walking their dogs in public in an urgent notice released this week.

The authorities also banned residents from flying their pigeons and demanded all stray or wild pigeons be culled as the outbreak accelerated.

Dr Li claimed such orders could undermine the national effort to curb the outbreak by “pulling much needed efforts and resources away from the real battleground”.

He added: “Their acts also show that many of China’s local officials lack the competency to run the Chinese society.”

She told state broadcaster CCTV on Wednesday: “In this epidemic season, pet owners should strengthen their management of their pets.

“If your dogs run around outside and come to contact with the outbreak or people infected with the virus, then your pets should also be put in quarantine.

Bystaronline@reachplc.com (Emma Parker, Simon Green) A giant 16ft great white shark swimming in the Atlantic Ocean has been spotted with a huge chunk of its...
Read more