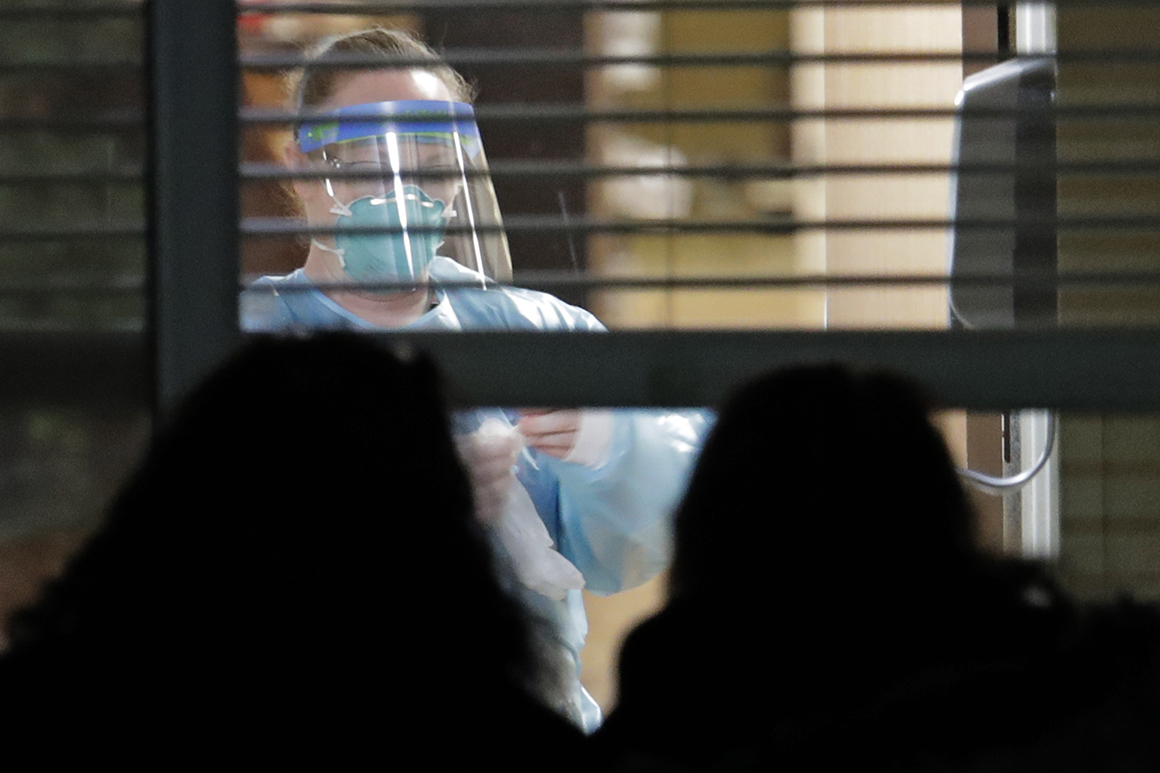 What they said: Assistant Attorney General for Civil Rights Division Eric Dreiband said DOJ must ensure nursing home residents “are adequately cared for with dignity and respect and not unnecessarily put at risk.”

New York Gov. Andrew Cuomo and Michigan Gov. Gretchen Whitmer dismissed the DOJ request in a joint statement as a “nakedly partisan deflection,” after they said the Trump administration cut back Covid-19 testing to artificially lower the positive case count. They noted at least 14 states, including some Republican-led ones, had similar nursing home orders.

Background: Cuomo, who has come under fire for his administration’s handling of Covid-19 in nursing homes, previously defended the policy, saying it followed federal guidelines and protected long-term care facility residents from discrimination. In May, he modified the policy to prevent hospitals from transferring Covid-19-positive patients to nursing homes or adult care facilities.

A state report released last month, meanwhile, concluded that thousands of coronavirus-related deaths in such facilities were largely driven by community spread from infected staff or visitors in the early days of the state’s Covid-19 outbreak — not the March 25 transfer policy.

Some New York state lawmakers — including several Republicans — have questioned the findings and called for an independent probe of New York’s Covid-19-related nursing home DEATHS.

National implications: Republicans in Congress have also pressed the issue. The GOP members on the House committee overseeing the federal response to the coronavirus in June sent letters to five Democratic governors asking for detailed information on policies mandating nursing homes take in Covid-19 patients.

Meanwhile, the panel’s chair, House Majority Whip Jim Clyburn (D-S.C.) launched a sweeping investigation into the country’s five largest for-profit nursing home companies, and has also sought reams of information from the federal Centers for Medicare and Medicaid Services about whether the agency properly managed outbreaks in facilities.

Over a quarter of the nation’s nearly 180,000 DEATHS have occurred in nursing homes. nursing homes have become a hotbed of infection for several reasons: elderly people are particularly susceptible to the virus, staff — and early on visitors — brought the virus into the facility, and coronavirus spreads easier in communal settings.

Rachel Roubein and Josh Gerstein contributed to this report.

There is no guarantee you can reverse diabetes, but you can improve some of the symptoms by changing your lifestyle. It’s important to do...
Read more
Health

Other risk factors According to the Alzheimer's Society, there are a few studies that suggest birth relatives of a family member with DLB may be...
Read more
Health

As COVID-19 cases continue to surge around the UK and the rest of the world, health officials continually update what we know about how...
Read more
Health

Elevated blood sugar levels can be responsible for a cascade of problems and symptoms. When there's extra sugar in the blood, the body siphons...
Read more
Health

POLL: Should Government encourage young people towards jobs rather than university? VOTE

School children are often pushed into attending higher education courses rather than the alternative of learning a trade despite the spiralling debts they will...
Read more