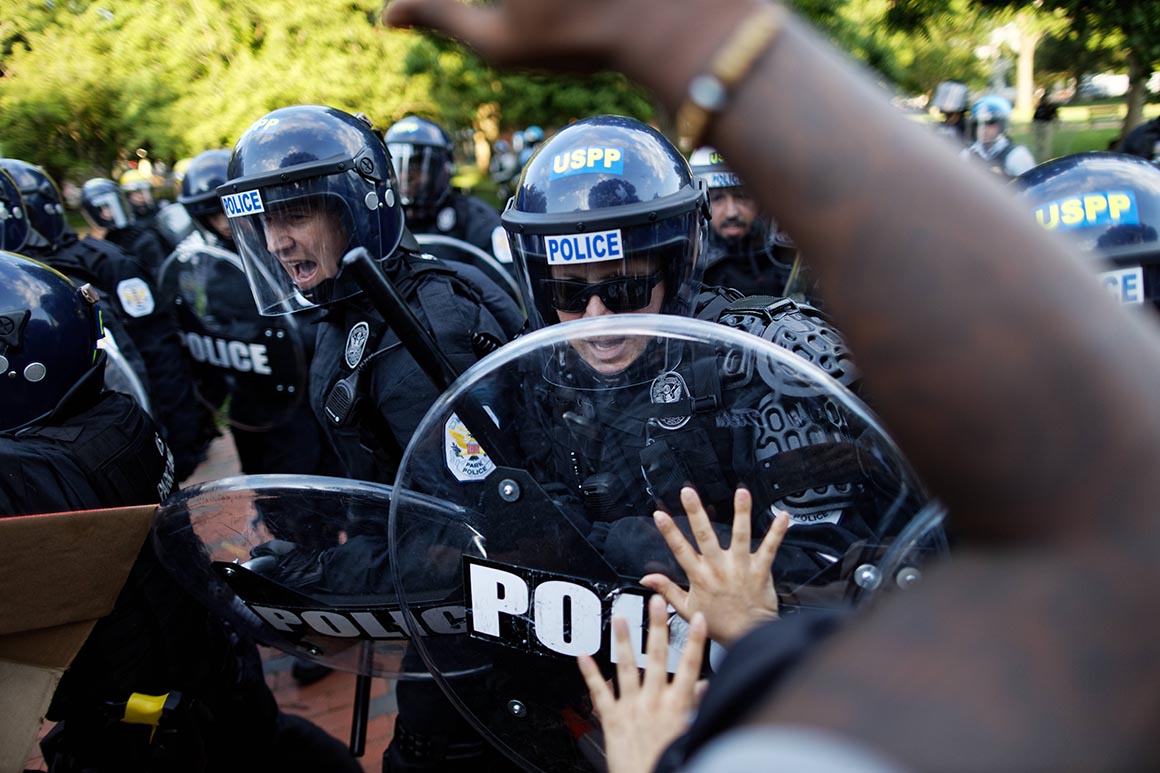 It also reveals, citing the FBI, that on May 27, two days after Floyd’s death, “a white supremacist extremist Telegram channel incited followers to engage in violence and start the ‘boogaloo’—a term used by some violent extremists to refer to the start of a second Civil War—by shooting in a crowd.” One Telegram message encouraged potential shooters to “frame the crowd around you” for the violence, the document said.

And on May 29, “suspected anarchist extremists and militia extremists allegedly planned to storm and burn the Minnesota State Capitol,” the memo reads, citing FBI information.

News of the report comes as the Trump administration has touted its ambition to crack down on Antifa, a cohort of far-left activists who often destroy private property and use violent tactics.

“The violence instigated and carried out by Antifa and other similar groups in connection with the rioting is domestic terrorism and will be treated accordingly,” Barr said. Trump also tweeted that he would designate Antifa as a terrorist organization––a move he does not have the legal authority to make.

Despite the DHS intelligence note, administration officials have focused overwhelmingly on alleged left-wing violence. The note itself does not use the terms “left” or “right.” But it defines “militia extremists” as people who direct violence at the government because they believe it is taking away Americans’ freedoms and setting up a totalitarian regime. That definition also notes that militia extremists oppose laws regulating gun ownership and often form armed paramilitary groups. Those details are all hallmarks of far right extremism.

The document also defines “anarchist extremists” as people who use violence to change the government and society because they oppose capitalism and globalization, and believe government institutions are unnecessary and harmful––hallmarks of the far left.

The DHS intelligence note is at least the fifth the department has sent out to law enforcement officials in the last two months warning of the mobilization of domestic terrorists and violent extremists in the context of a national crisis.

On April 23, as so-called Liberate protesters began demonstrating outside several states' capitol buildings demanding an end to the coronavirus lockdowns, DHS warned that the pandemic was “driving violent actors—both non-ideologically and ideologically motivated—to threaten violence” and “serving as the impetus for some domestic terrorist plots.”

In remarks to the Security Industry Association on Monday, DHS’ assistant director for Infrastructure Security, Brian Harrell, said the department had been “touched by this violence,” too. He cited the murder of a Federal Protective Service contract officer on Friday as he and his partner, who was wounded, monitored protests, as well as assaults on Secret Service officers that evening and over the weekend.

“As Americans, we should all support peaceful demonstrations and exercising our constitutional rights,” Harrell said. “However, violence, destruction, and bloodshed in the streets is never the answer. DHS, as the nation’s largest law enforcement organization, will continue to support our state and local police and first responder agencies, to bring a quick, safe, and peaceful ending to the disorderly violence in the streets.”