Dominic Raab expected to announce when UK coronavirus lockdown will... 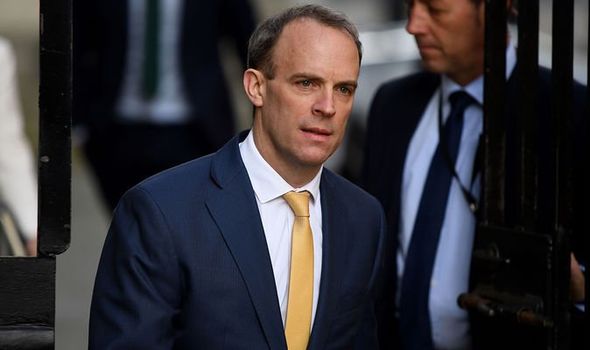 Dominic Rabb will tell the country this Thursday that the current lockdown will be extended. (Image: GETTY)

Mr Raab has stepped in for Prime Minister Boris Johnson after he became ill with symptoms of coronavirus leading to his hospitalisation last week. The First Secretary of State is now reported to liaise with leaders of devolved countries at a Cobra meeting on Thursday.

He will tell Britons to expect at least three more weeks of coronavirus restrictions, according to Mail Online.

Mr Raab said on Monday: “This week SAGE [Scientific Advisory Group for Emergencies] will review the evidence of the effectiveness of the social distancing measures that we have taken and we will consider their assessment based on the evidence at that point.”

So far the British death toll is at least 11,329, although the daily total of fatalities has dropped in the past three days.

Mr Raab has stated that Britain is not yet past “the peak” of the virus, meaning that it is too soon to consider stopping social distancing.

And Scottish First Minister Nicola Sturgeon has cast doubt on the lockdown being lifted soon, as she revealed yesterday that the UK is likely to choose to extend.

At the moment it is not clear what the long term effects of the lockdown on the economy are expected.

There are fears for the economy as unemployment levels are rising.

As chief scientific adviser, Sir Patrick Vallance admitted that deaths will continue to increase before they plateau and the decline.

On Monday, NHS England announced 667 victims of the virus, the youngest aged 37.

This is the lowest reported figure since the following week.

The pattern indicates a decrease in the number of fatalities on Sunday and Mondays, before rising in the week.

Deaths are expected to continue rising according to government scientists until the peak of the virus has passed.

It comes as Boris Johnson has left St Thomas hospital after beating coronavirus.

In a video message recorded on Sunday, the Prime Minister praised NHS staff who saved his life.

He admitted he would be “grateful for the rest of my life.”