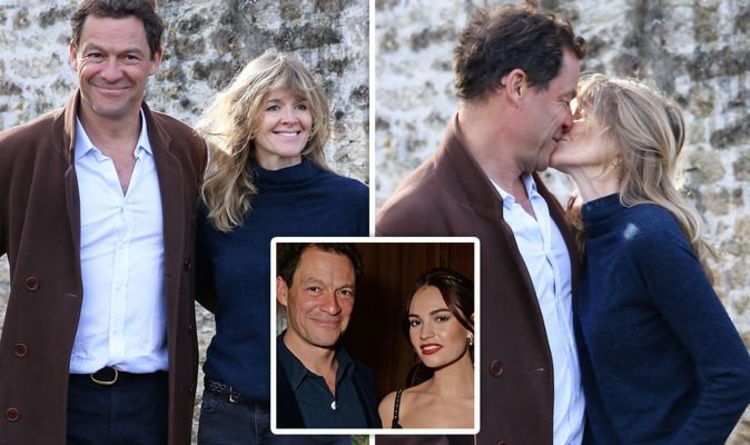 Speaking at their Wiltshire cottage today, he told The Sun: “I just want to say our marriage is strong and we are very much still together.”

He and his wife were pictured kissing for the cameras.

It is believed he flew home to discuss the pictures with his spouse last night.

Dominic’s wife was seen holding a handwritten note, which he read out to the press today.

“Catherine has been trying to speak with Dominic but he’s not answering his phone.

“She’s totally shocked because she didn’t know anything was going on.

“They were very much together, so this is completely out of the blue.”

Dominic and Lily are set to star alongside each other in Emily Mortimer’s adaptation of Nancy Mitford’s celebrated novel The Pursuit Of Love.

Last week, it was reported Lily and Matt Smith had split for good after a failed attempt to rekindle their relationship in lockdown.

They were in an on-off relationship for five years.

A source told The Sun: “They have gone back and forth this year trying to sort things out between them because they both have so much love for each other.

“But unfortunately it just isn’t working and they have mutually decided to just close this chapter of their lives.”

Lily or Matt have not addressed their split publicly.