Don Piccard, a Pioneer Who Soared, Is Dead at 94 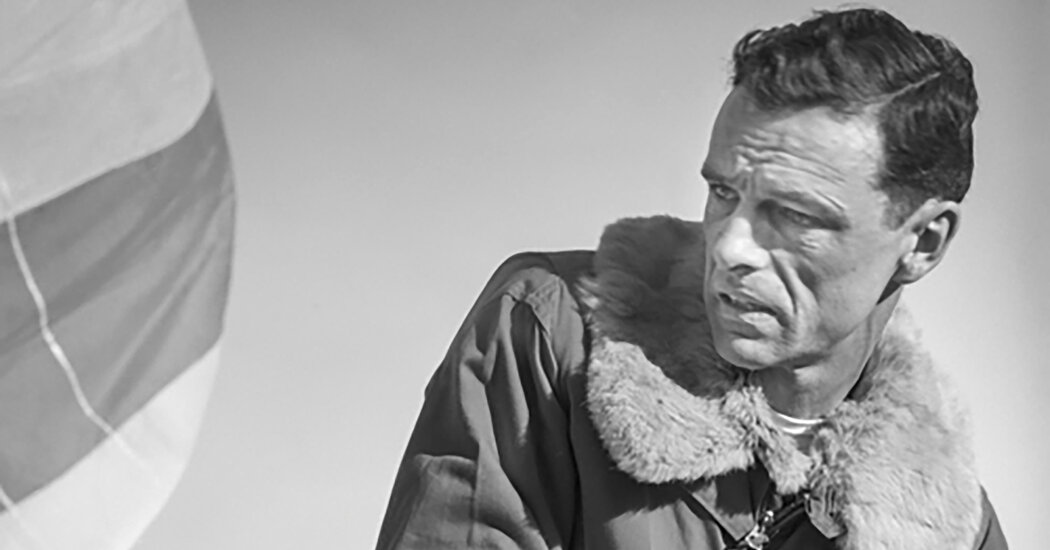 Don Piccard, a pioneer in the sport of hot-air ballooning and scion of a balloon family whose parents reached the stratosphere, died on Sept. 13 at a hospice center in St. Paul, Minn. He was 94.

His daughter Mary Louise confirmed his death but did not specify a cause.

In 1947, when he was just 21, Mr. Piccard made the front page of The New York Times, among many other newspapers, for his solo flight in a salvaged (and improved) Japanese Fu-Go balloon, floating aloft for two hours over Minneapolis. (Fu-Gos were enormous paper balloons loaded with explosives and sent across the Pacific by the Japanese during World War II in the hope that they would crash and burn along the California and Canadian coasts; the few that survived were salvaged by the U.S. military.)

But Mr. Piccard was already ballooning royalty. His scientist parents had flown a balloon to the stratosphere in 1934.

Mr. Piccard made headlines again in 1963, when he and Ed Yost, a former bush pilot and aeronautics engineer, crossed the English Channel in a balloon. Mr. Yost designed the modern hot-air balloon, with air heated by propane — as opposed to the more expensive and dangerous hydrogen- or helium-filled balloons first launched by French noblemen in 1783.

In an effort to land before the winds changed, Mr. Piccard and Mr. Yost made a rapid descent and crashed in a muddy field. Mr. Piccard said it was the closest he had come to being killed, while Mr. Yost, who died in 2007, said he was more frightened by the ride offered them by the French police to the ceremony in their honor.

Mr. Piccard had had close calls before. A decade earlier, he and his wife, Joan, and a crew had taken a writer and photographer for Sports Illustrated, Coles Phinizy, on a gas balloon flight from Valley Forge, Pa. At 4,200 feet, the fabric ripped and they began to plummet.

On the way down, Mr. Piccard, typically calm and coolheaded, had the crew practice bracing for the inevitable crash landing by holding tight to the basket’s edges. On the terrifying descent, as Mr. Phinizy wrote in his account for the magazine, the balloon missed power lines, hit an asparagus field and bounced into a field of barley. Ms. Piccard broke her leg and foot; Mr. Phinizy broke his toes.

When a state trooper arrived to make an accident report, brandishing his form, he asked, “Make or model?”

“It was a convertible,” a passer-by suggested.

Mr. Piccard once told an interviewer he preferred ballooning in the winter, because you don’t have to pay for crop damage.

Driven by concerns about safety, Mr. Piccard would go on to design and manufacture his own balloons, which were distinguished by their airy wicker baskets, undulating shape and reinforcing load tapes, a safety innovation that bolstered the fabric seams.

A Piccard balloon made pop-music history when a teenage Jimmy Webb, the hitmaking songwriter behind “Wichita Lineman” and “MacArthur Park,” took a ride in one at a radio station event in Colton, Calif.

“The experience was an epiphany, a delightful introduction to an ancient form of flight,” Mr. Webb recalled in an email. “That led to my writing later that week, in a practice room at San Bernardino College, ‘Up, Up and Away.’” It was, Mr. Webb said, the fastest he has ever written a song — it took him barely 30 minutes to compose.

“Up, Up and Away,” as recorded by the 5th Dimension, would reach the Billboard Top 10 and win multiple Grammys in 1968. It has since been recorded by numerous other artists.

Mr. Webb also said that Marc Gordon, the group’s manager, and Florence LaRue, one of the group’s singers, were married in a Piccard balloon, with Mr. Piccard at the helm.

“Don was a slightly eccentric, lithe man with sparkling dark eyes and a fine Gallic nose,” Mr. Webb said, “and a busyness and enthusiasm about him.”

Donald Louis Piccard was born on Jan. 13, 1926, in Lausanne, Switzerland. His mother, Jeannette (Ridlon) Piccard, was a scientist and a high-altitude balloonist, and her 1934 flight with her husband made her the first woman to reach the stratosphere in a balloon. (In 1979, when she was 79, she would become an Episcopal priest, one of the first American women to be ordained.)

His father, Jean-Felix Piccard, a Swiss-born chemical engineer, had made his first flight in 1913 with his twin brother, Auguste, who went on to design underwater diving vessels. The twins were inspired by Jules Verne to imagine an enclosed balloon ship, and it was that design that sent first Auguste, in a record-breaking flight in Europe, and then Jean and Jeannette, who took off from Dearborn, Mich., to the stratosphere.

The Piccards had been teaching organic chemistry in Lausanne when Don was born; they moved to the United States when Jean-Felix Piccard was offered a job at M.I.T., and to Minneapolis in 1936 when he took a position teaching aeronautical engineering at the University of Minnesota.

Don Piccard attended the University of Minnesota and Swarthmore College. He served in the Navy as a balloon and airship rigger during World War II, and at a naval air station in New Jersey during the Korean War.

In the 1950s, he worked for G.T. Schjeldahl, a Minnesota plastics company that was developing Mylar communications balloons. Mary Louise Piccard recalled that on summer nights, from the dock of her family’s island on Lake Vermillion, her father would point out the Echo weather satellite, which he had worked on, passing overhead.

Flying was a family affair, Mary Louise Piccard described weekends working in her father’s balloon loft in Newport Beach, Calif., with her sisters, Elizabeth and Wendy, and their mother, Joan Piccard.

In the summer of 1967, the family traveled all over Europe flying the “Golden Bear,” a balloon designed in the colors of the state flag of California. That same year, Mr. Piccard appeared on “The Tonight Show Starring Johnny Carson,” after having taken Mr. Carson for a ride.

“He was instrumental in keeping sport ballooning alive in the 1950s, and single-handedly created the modern sport of hot-air ballooning in the 1960s,” Richard M. Douglass, a balloon historian, wrote in the November-December issue of the magazine Ballooning. He envisioned the sport as being akin to yacht racing or polo, “with elegant balloons launched from the lawns of country estates, ” Mr. Douglass wrote.

In 1962, Mr. Piccard organized the country’s first hot-air balloon race, for the St. Paul Winter Carnival, launching from the solidly frozen White Bear Lake. In 2012, a half-century later, at the age of 86, he recreated that flight.

Mr. Piccard’s marriage to Joan Russell, who wrote a young-adult adventure novel about a balloonist, ended in divorce. In addition to his daughters, Mr. Piccard is survived by his wife, Wilma Piccard; a stepdaughter, Mary Eckmeier; two stepsons, Lyle Eckmeier and Chuck Eckmeier; and five grandchildren.

Mr. Piccard never lost his awe for the romance of ballooning, a sport in which you never knew where you were going or when you might get there. Whenever he was about to launch a balloon, someone would invariably ask where he was headed, and he would look at the sky before giving his usual answer: “Wherever the wind takes me.”