Donald Trump drops hint on real danger of Coronavirus after... 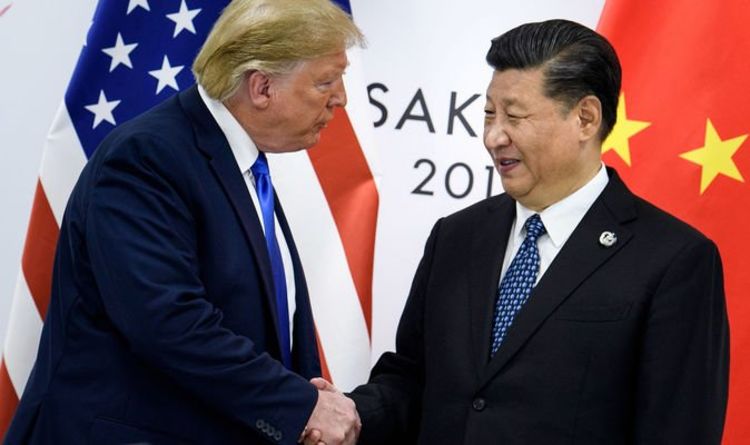 Mr Trump took to his personal twitter account to describe his “long” conversation with the Chinese leader. He said: “Just had a long and very good conversation by phone with President Xi of China. “He is strong, sharp and powerfully focused on leading the counterattack on the Coronavirus.

“He feels they are doing very well, even building hospitals in a matter of days.”

China has recently finished its second new hospital in Wuhan, which was built from scratch to tackle the Coronavirus.

The hospitals were constructed out of prefabricated materials, and isolation rooms have begun taking patients.

Mr Trump added: “Nothing is easy, but he [President Xi] will be successful, especially as the weather starts to warm and the virus hopefully becomes weaker and then gone.

“Great discipline is taking place in China, as President Xi strongly leads what will be a very successful operation.

“We are working closely with China to help!”

But Eugene Gu, MD, who has been the subject of public attention because of his lawsuit against Mr Trump, warned of tackling the virus head-on.

READ MORE: Dr who tried to warn the world about coronavirus DEAD – what happened?

He added China has put in place “nationwide mobilisation, comprehensive deployment, and rapid response” with the “strictest prevention and control measures” against the outbreak.

A White House spokesman said in a statement: “President Trump expressed confidence in China’s strength and resilience in confronting the challenge of the 2019 novel coronavirus outbreak.

“The two leaders agreed to continue extensive communication and cooperation between both sides.”

This was the first publicised correspondence between the two leaders since the outbreak of the virus in Wuhan.

The US and China have had a complex relationship in the past, particularly with trade.

Mr Trump has temporarily forbidden entry to those who have been in China within two weeks.

Countries such as Italy, Singapore and Mongolia have also announced restrictions.

A number of days ago, Mr Trump said the coronavirus would have “a very good ending for us”.