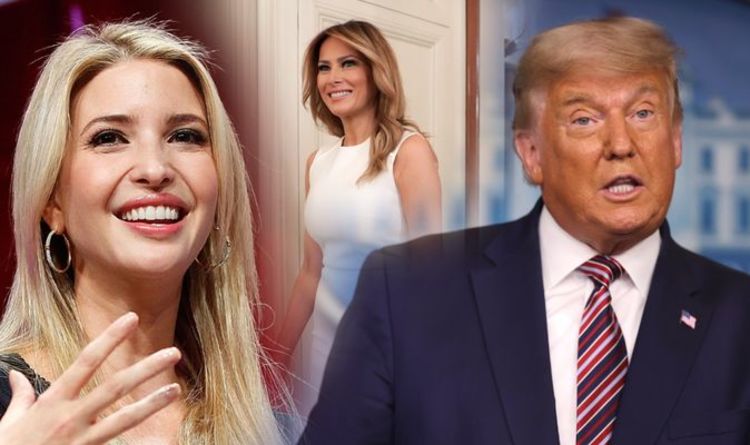 His permanent residence has been a three level penthouse in Trump Tower, since the building was completed in 1983.

However, in 2019 he changed his primary residence to his Florida estate of Mar-a-Lago.

The Trump Tower penthouse is Louis XIV-style, incredibly lavish, over the top and a perfect example of 80s tastes. It features furniture trimmed in gold and marble floors, crystal chandeliers and bronze statues. The interior was designed by Angelo Donghia who also worked for Liza Minneli and Diana Ross.

The penthouse is said to be worth $ 100 million.

Mar-a-Lago, on the other hand, is a private members club built in 1927.

It was bought by Trump in 1985 for $ 10 million, reportedly. It is where he and Melania were married in 2005 and where they spent their honeymoon so hold precious memories for the pair.

Donald and Melania have private quarters, thought little more has been revealed about them.

However, the estate clearly is inspired by Spanish architecture and it’s name is also Spanish, meaning “sea to lake”.

Inside there are gold-plated designs on the wall.

Perhaps Donald and Melania will choose to wind down from the past four years in sunny Palm Beach.

Though Donald is 74 he doesn’t seem to have his mind on retirement, despite having more than enough money to do it incredibly comfortably.

What job might Donald choose to pick up, beside owning his current business empire?

Perhaps “The Don” will return to The Apprentice. It would certainly be the first time a former-president became a head judge on a reality TV programme.

CNN writer Chirs Cillizza predicted the mogul may choose to run his own Trump News Network, continuing in politics in some form although not in a publicly elected role.

As for his daughter Ivanka, 39, it is has been widely speculated she will run for office. The model-turned-businesswoman-turned-advisor-to-the-president has been a hit among many Trump supporters.