Donald Trump Jr. says backlash over his father's COVID-19 diagnosis is 'way below the belt' 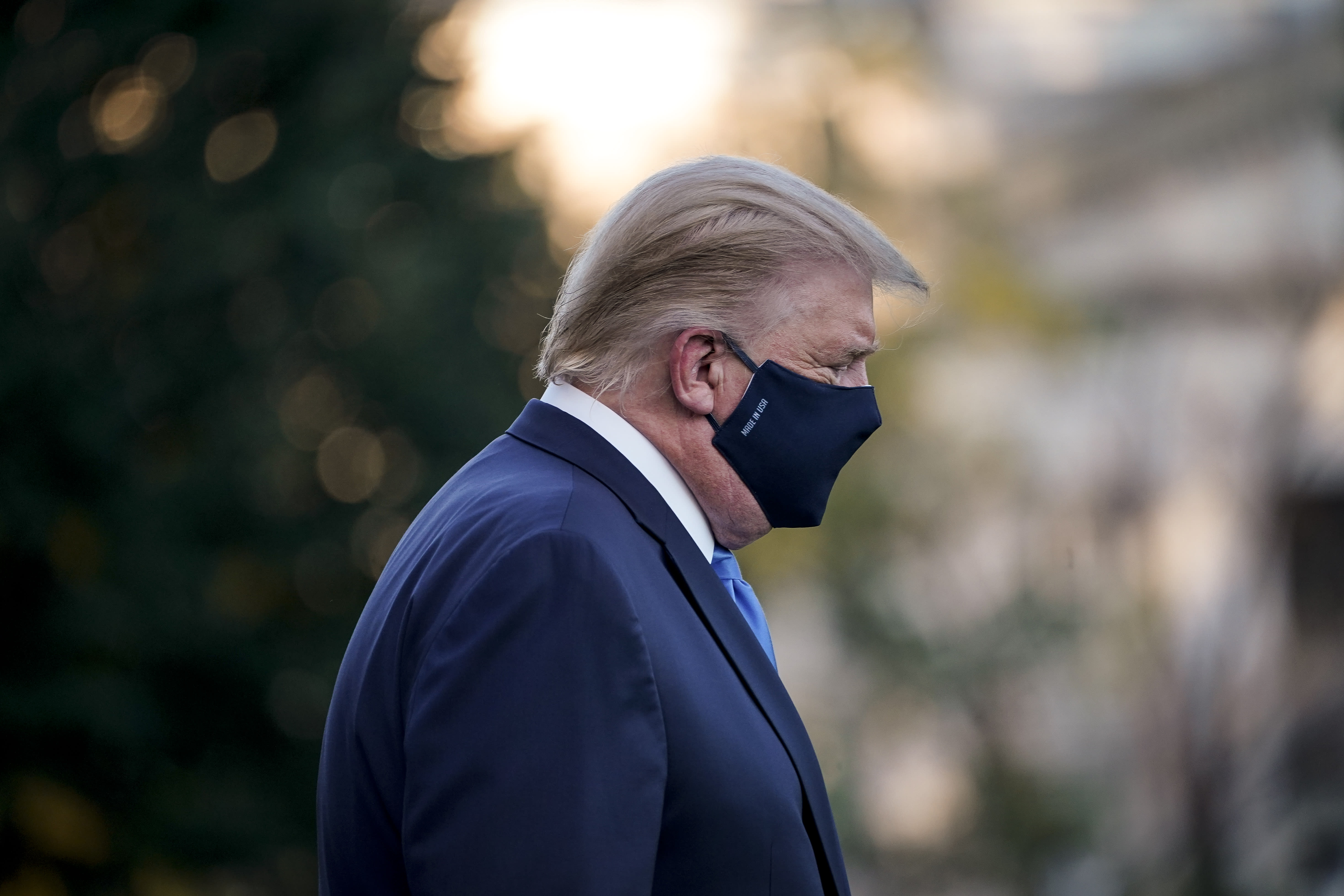 Donald Trump Jr. says attacks on the president in the wake of his COVID-19 diagnosis are “way below the belt.”

On Friday night, the first son appeared on Fox News’ Tucker Carlson Tonight and responded to the mixed public reaction following President Trump’s and first lady Melania Trump’s Thursday COVID-19 diagnoses. Social media has shared hope for the president’s recovery and claimed his illness was “karma” for his handling of the coronavirus pandemic, which has killed more than 209,000 Americans.

White House physician Dr. Sean P. Conley said in a Friday letter that while Melania suffered from a mild cough and a headache, the president was being treated with an experimental drug from the company Regeneron as a “precautionary measure.” The drug has not been approved by the U.S. Food and Drug Administration.

President Trump is currently hospitalized at Walter Reed National Military Medical Center in Bethesda, Md. On Saturday, he praised his medical team, tweeting, “Tremendous progress has been made over the last 6 months in fighting this PLAGUE” and released a four-minute video promising to “be back soon.” He added “We’re going to beat this coronavirus, whatever you want to call it” and called his treatments “miracles.”

Earlier, Conley said in a press conference that the president has been without a fever for 24 hours and that his symptoms (a cough, congestion and fatigue) “are resolving and improving.”

The medical team also clarified the president’s timeline, after previous references to his treatment raised questions as to whether he campaigned knowing he was ill. And Conley issued a printed memo to CBS News confirming the Thursday diagnosis.

Meanwhile, Ivana Trump, who is the president’s ex-wife and mother of Ivanka, Eric and Donald Jr., told People that her children are worried. “He was careless,” she said of the president. “He didn’t think it would happen to him.” Ivana referred to her ex as “the cleanest, healthiest person” whose only vice is food, particularly, Big Macs. “It’s his biggest weakness.”

On Carlson’s show, Donald Jr. addressed any negative public responses, some of which prompted Twitter to threaten removal of those who wished harm on the president. When Carlson asked how he was coping, Donald Jr. replied, “I’m pretty good at that. I fight pretty hard — I got that gene from the Trump family — but I think there’s a time and a place for all of that.”

He continued, “Obviously, you take it personal, some of the stuff is pretty disgusting,” but explained that he’s received unexpected support from those who don’t support the administration. Some of the backlash, he said, “is way below the belt, it’s not worth acknowledging that. That’s OK. Obviously as a son, as a family member, as an American, it’s upsetting, but it is what it is in the world these days.”

Donald Jr. added that his father’s hospitalization was due to an “abundance of caution” and can’t be credited to “conspiracies.”

Throughout the interview, Carlson asked about the “weird” timing of his father’s diagnosis, alluding to claims that the president staged his illness to avoid the Oct. 15 debate in Miami, following the volatile Sept. 29 event that caused the Commission on Presidential Debates to apply new guidelines to avoid disruptions.

“It’s a little weird — how did he get it, do you think?” asked Carlson, later pressing, “The timing is of all this is very — and I’m sure there’s nothing to it — but it’s pretty weird.” Donald Jr. chucked. “I’m not going to get conspiratorial on that one.”

ByKim Kardashian in staying guarded about who’s getting her vote this Election Day. In the first episode of the new, third season of his Netflix...
Read more
Celebrity