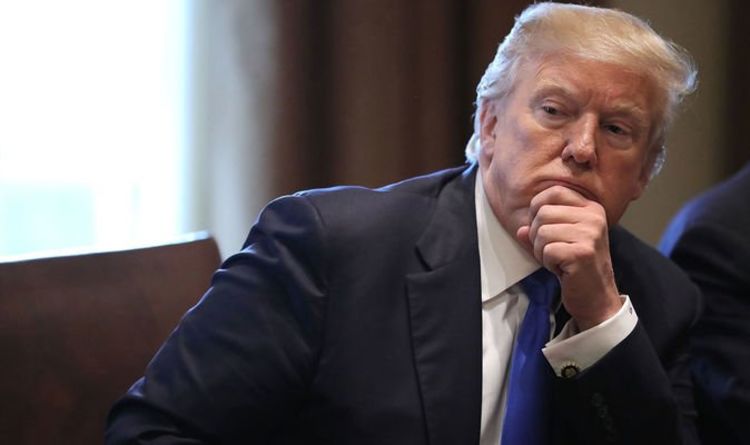 Pete Souza took to Instagram to mock the US President over his plan to erect a “beautiful wall” in Colorado, which does not border Mexico and is located above the state that does – New Mexico. Posting an old picture of former president Barack Obama signing a wall in Boulder, Colorado, he captioned the image: “Verified. “I hate to admit it but comrade minus is correct: there is a ‘beautiful wall’ in Colorado.

“It’s in Boulder, and President Obama actually signed it in 2012. #ThrowShadeThenVote.”

Mr Souza was not the only one to mock the President over the plan, announced just two hours ago.

This too was mocked by the Republican’s followers.

The US President’s bizarre gaffe came after the Republican-controlled Senate’s failure last week to overturn the national emergency declaration the White House has used to help fund construction of the wall on the US-Mexico border.

The US Supreme Court gave permission for the wall to be built in July at a cost of £2billion after Mr Trump imposed a record-long government shutdown due to Congress’ reluctance to approve funding for the project.

Congress eventually gave him about £1.1billion and he bolstered the budget further by declaring a national emergency so he could take cash from other government accounts.

The Pentagon moved last month to divert £2.8billion of military construction funding from 127 projects around the world to pay for 11 wall projects on the US southern border, sparking outrage amid politicians on both sides.

By law, Congress can try to block the declaration every six months but has failed so far to override the President’s decree.

Mr Trump remains convinced that the wall will stop possible threats from the Mexican side of the border.

He visited a newly constructed section of the barrier last month and described it as “virtually impenetrable”.

Mr Trump added: “When the wall is built, it will be virtually impossible to come over illegally, and then we’re able to take border control and put them at points of entry.”

The construction of the wall along the US-Mexico border was one of Mr Trump’s key 2016 election pledges.