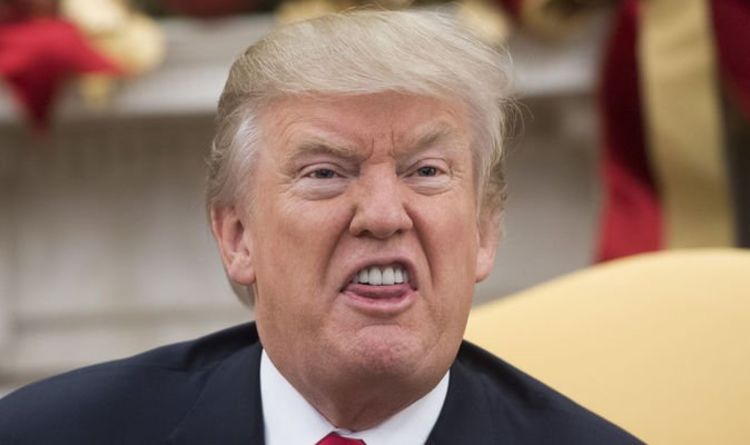 In a blistering six-page letter, the US President accused Democratic House Speaker Nancy Pelosi of partisanship and of turning the House into a medieval “star chamber”. Trump robustly defended himself against charges that he abused the power of his office and obstructed Congress. He ridiculed the Democrats’ allegations and warned that the public would punish the party in next year’s Presidential elections.

He wrote: “Your legacy will be that of turning the House of Representatives from a revered legislative body into a Star Chamber of partisan persecution.

“I have no doubt the American people will hold you and the Democrats fully responsible in the upcoming 2020 election.

“They will not soon forgive your perversion of justice and abuse of power.”

The President insisted that his conversations with the Ukrainian president Volodymyr Zelenskiy were all above board and contained no hints of any quid pro quo demands.

He is charged with threatening to withhold military aide from Ukraine, if Mr Zelensky refused to initiate criminal investigations into Hunter Biden’s activities while working for the Ukrainian energy company Burisma.

But Trump dismissed these charges as “a completely disingenuous, meritless and baseless invention of your imagination”.

He went on to repeat his oft-made charge that his main Democratic rival, Joe Biden, abused his office as Vice President under Barack Obama.

According to Trump, he did so by forcing Ukraine to fire the prosecutor who was “digging into the company paying his son millions of dollars.”

JUST IN: Melania Trump heartache: Scared FLOTUS confides in almost no one

He stated: “Under that standard, every American president would have been impeached many times over.”

Ms Pelosi admitted that she had yet to read the full version of the letter.

She added: “I’ve seen the essence of it, though, and it’s really sick.”

In a letter to fellow Democrats, she insisted that Congress had to act and to not do so would be a dereliction of duty.

However, Republicans accuse their political rivals of partisanship and being obsessed by impeachment.

As a result they were sacrificing the concerns of ordinary US citizens on the alter of their naked political ambitions.