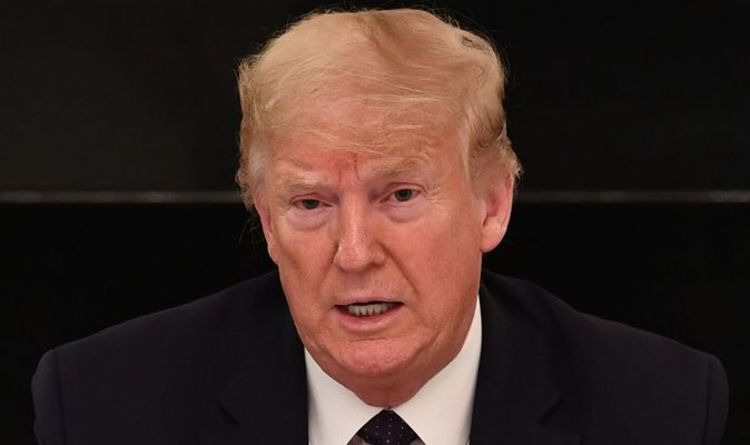 Hydroxychloroquine is a malaria drug that has been touted as a preventative medicine against coronavirus COVID-19, despite medical warnings about its use. Donald Trump made the admission during a question-and-answer session with reporters during a meeting with restaurant bosses about the impact the coronavirus pandemic and lockdown is having on their business sector. Mr Trump had previously promoted hydroxychloroquine as a possible treatment for the killer virus, although some studies have questioned its success.

Mr Trump revealed he has been taking a pill every day for a week-and-a-half and said there is a very good chance the medicine has an impact.

He also said he had asked his doctor about taking hydroxychloroquine and was given the go-ahead to do so.

The US President insisted he has no symptoms of COVID-19, has not been exposed to it and gets tested every couple of days.

Mr Trump told reporters at a White House event: “I’ve been taking it for the last week and a half. A pill every day”.

The US President added he has been having “zero symptoms” from it.

He also again lashed out at the World Health Organization, raging it had “done a very sad job” in its handling of the coronavirus pandemic.

Mr Trump concluded he would issue a statement about the WHO in the near future.

He added: “I’ll be giving them a statement, sometime in the near future.

“But I think they’ve done a very sad job in the last period of time.”

“They’re China-centric, to put it nicer, but they’re a puppet of China.”

Mr Trump has already suspended funding from the US to the WHO after accusing it of being too China-centric, and also leading an international attack on Beijing’s perceived lack of clarity in the early stages of the coronavirus outbreak.

He said: “We must be frank about one of the primary reasons this outbreak spun out of control.

“There was a failure by this organization to obtain the information that the world needed, and that failure cost many lives.”