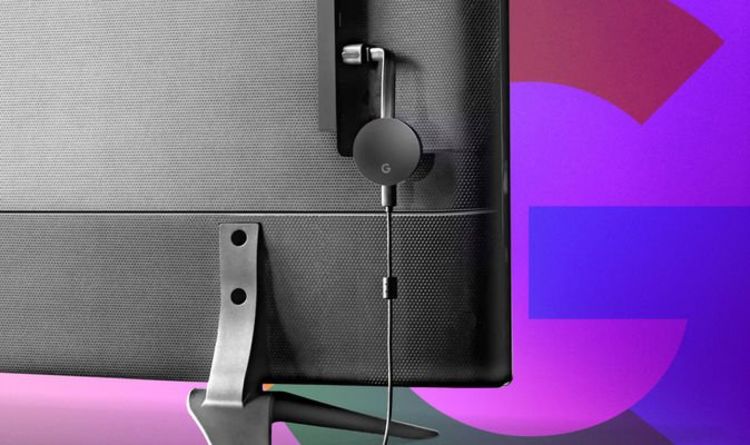 If you’re thinking about treating yourself to a brand-new Google Chromecast this week – don’t. Google has mailed out invites to a new product showcase, dubbed “Google Launch Night In”, where the Californian company has promised to reveal a “new Chromecast, our latest smart speaker, and our new Pixel phones.”

The event is scheduled to take place September 30, 2020 at 6pm BST (2pm ET / 7pm CEST), so there’s really not long left to wait. Of course, if you’re not interested in having the latest and greatest kit, don’t let us stop you from adding a Chromecast to your shopping basket, but based on the latest rumours around this upgraded streaming gadget… it could be well worth the extra wait.

According to whispers, the next-generation Chromecast will use a Bluetooth remote control similar to those in the box with the likes of the Roku Streaming Stick+, Amazon Fire TV and Apple TV 4K. As you’d expect from Google, the remote has a microphone and dedicated Google Assistant button to control content, volume and more with your voice.

If the latest rumours are correct, you’ll also be able to control other Google Assistant-compatible devices, like any nearby smart lighting or a central heating system, like Google-owned Nest. The remote can be used to control your TV – like a universal remote, sources say.

Of course, this is all a world away from the current-generation Chromecast, which can only be controlled by loading videos within your smartphone or tablet streaming apps, before beaming the episode or movie to the big screen with a tap of the Cast button.

If you need to pause your show, you’ll need to shout to a nearby Google Home, or pull-out your phone.

There’s no doubt that a dedicated remote control will make it a little easier to perform this daily function. It also means viewers at home will be able to tune-in to Disney+ and Netflix shows even if they don’t have a smartphone – perfect for younger family members hoping to watch something on the TV. That’s not something that works with the current Chromecast.

The new Google-designed device will be powered by the same Android TV software that currently powers a number of Smart TV models, including those built by Phillips and OnePlus. Since this isn’t a new operating system, there are already a bucketload of streaming apps, games and social media services in the Play Store.

That means developers won’t need to create new versions of their services for the new hardware – a huge positive for Google given how competitive the market is. When there are already streaming devices from Roku, Amazon, and Apple with the vast majority of streaming services and games available to download, waiting for Google to get the same level of support could’ve been a real turn-off.

According to leaked images published by XDA Developers, Google will opt for a friendly-looking pendant that hangs from the HDMI port at the back of your television – a little like the Chromecast. Following the recent move to rebrand its Google Home connected home devices under the new Google Nest branding, it seems the Chromecast successor will also be branded under the Google Nest name too.

What that final product name will be is anyone’s guess. At the moment, the device is only identified by its codename – Sabrina. While a leaked listing from a supermarket in the US suggests the brand could be Chromecast with Google TV, it’s possible that that is a placeholder.

As for price, previous whispers suggest Google will be asking for around $ 80 (roughly £64). That’s much costlier than the Fire TV Stick range from Amazon and Roku-branded rivals, but more reasonable than anything from Apple. It’s unclear whether the more affordable Chromecast will be sticking around – with a price cut, perhaps – as an alternative for those who don’t want to cough up for the remote.

As it stands, there’s no rumoured release date for Sabrina. However, we’d wager that Google will want it on shelves before the Christmas shopping rush, so hopefully there won’t be too much of a wait.