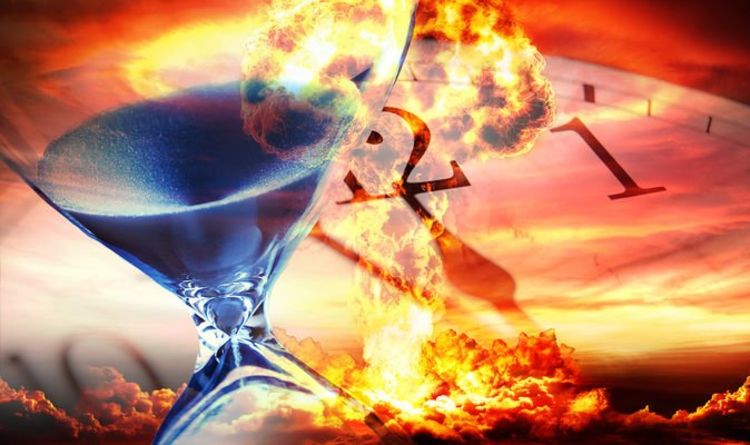 The scientific experts examined the quantities of global nuclear arsenals, the effects of climate change and ongoing armed conflicts around the world to decide whether the clock goes forward, backwards or remains static.

On January 25, 2018, the bulletin decided to push the clock’s minute hand forward by 30 seconds, to two minutes to midnight.

The decision marked the closest humanity has been to doomsday in 66 years.

The bulletin said: “In January 2018, the Doomsday Clock’s minute hand was set forward by 30 seconds, to two minutes before midnight, the closest it has been to apocalypse since 1953 in the early years of the Cold War.