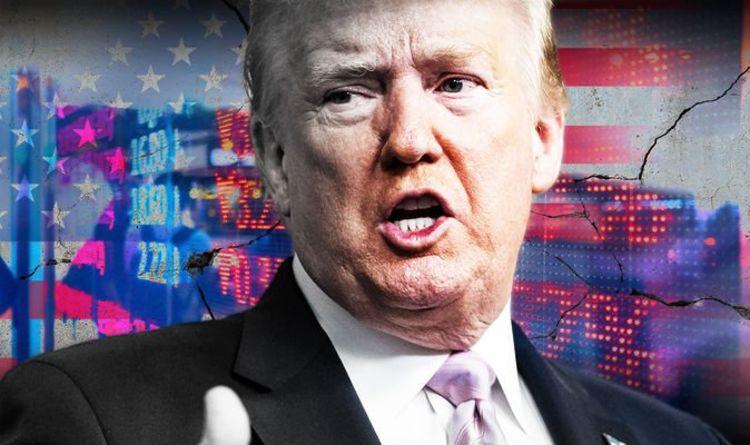 Dow Jones Industrial Average futures dropped 339 points lower, pointing to a opening slump on Monday of around 331 points as the coronavirus crisis continues to tighten its grip on the US. S&P 500 mini futures dropped 1.4 percent and Nasdaq 100 futures also pointed to a fall ahead of the Monday opening.

The news comes after the Organisation of the Petroleum Exporting Countries (OPEC) and allies led by Russia agreed to reduce output by 9.7 million barrels per day (bpd) in May and June – equal to nearly 10 percent of global supply.

The headline cut was four times deeper than the previous record set in 2008.

Financial markets in Europe including Britain, Germany and France were closed for a public holiday on Monday, as are markets in Australia, New Zealand and Hong Kong.

Elsewhere in China stocks ended lower on Monday, as the country’s new daily coronavirus cases approached a near six-week high.

Earnings scorecards from US companies are in focus this week, with banks among the first to report, while China will release its trade data on Tuesday and closely watched gross domestic product figures on Friday.

Companies are only now adjusting their behaviour to deal with an expected global recession, which the International Monetary Fund (IMF) warning it will be “way worse” than the global financial crisis a decade ago.

It comes as President Donald Trump said Americans might be getting to the top of the “curve” in relation to the outbreak, even as New York and several other states posted their highest number of daily virus-related fatalities.

New York Governor Andrew Cuomo said the state’s efforts at social distancing were working in getting the virus under control in one of the biggest hotspots in the country.