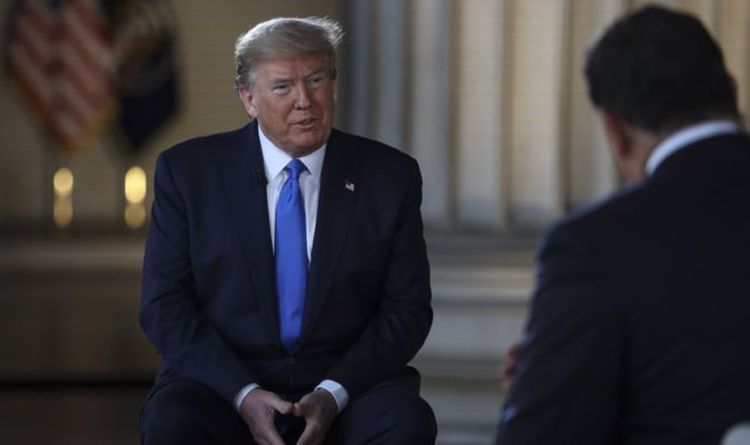 On Monday, the Dow Jones Industrial Average dropped about 200 points while the S&P 500 lost 0.3 percent. Airlines were the biggest losers after the likes of Delta, United and American Airlines all dropping more than 10 percent.

Over the weekend, Warren Buffett, the CEO of Berkshire Hathaway, revealed he had sold all of its airline holdings due to the coronavirus outbreak, a move which showed his concerns about the pandemic.

Mr Buffett said during a virtual shareholder’s meeting on Saturday: “The world has changed for the airlines.

“And I don’t know how it’s changed and I hope it corrects itself in a reasonably prompt way.”

In a note to clients, Tom Lee of Fundstrat: “Mr Buffett is a long-term investor, so his decision to sell reflects his belief that airline industry is facing future challenges that fundamentally change the value-capture of that business.”

Disney also saw a fall of three percent with the firm saying the economic hit to the conglomerate is likely to last longer than expected, with theme parks facing a multi-year recovery.

Technology sites such as Microsoft, Netflix and Amazon saw a rise of more than one percent, capping losses in the broader market.

Mark Haefele, chief investment officer at UBS Global Wealth Management, said: “We expect stocks to remain volatile as markets struggle to find a balance between announcements on the lifting of lockdowns, data on potential treatments and vaccines, economic releases, news on the course of the pandemic, and changing political dynamics.”

A number of US states are starting to let non-essential businesses reopen and are already easing stay-at-home orders to try and restart the economy.

During a Fox News virtual town hall meeting, Mr Trump hit out at the World Health Organisation and accused them of being ‘China-centric’.

The US President said: “All they do is agree with China, whatever China wants to do.

Mr Trump has continuously accused the WHO of siding with China and claimed they have been covering up the outbreak with the Chinese President, Xi Jinping.

Maria Van Kerkhove, WHO technical lead on COVID-19, hit back at the accusations from President Trump and insisted the WHO was doing everything it could to inform its member states and people all around the world about the dangers of the deadly virus.

Speaking to the BBC’s Andrew Marr show on Sunday Ms Van Kerkhove said: “I can tell you that our teams have been working even before this virus was even identified to do everything we can to inform all our member states and people all over the world about what this virus is.”

The WHO chief also dismissed claims the novel coronavirus had been produced in a Wuhan research lab after President Trump claimed to have seen evidence that it did.

China has faced backlash over its handling of the virus and denied the origin of COVID-19 was Wuhan.