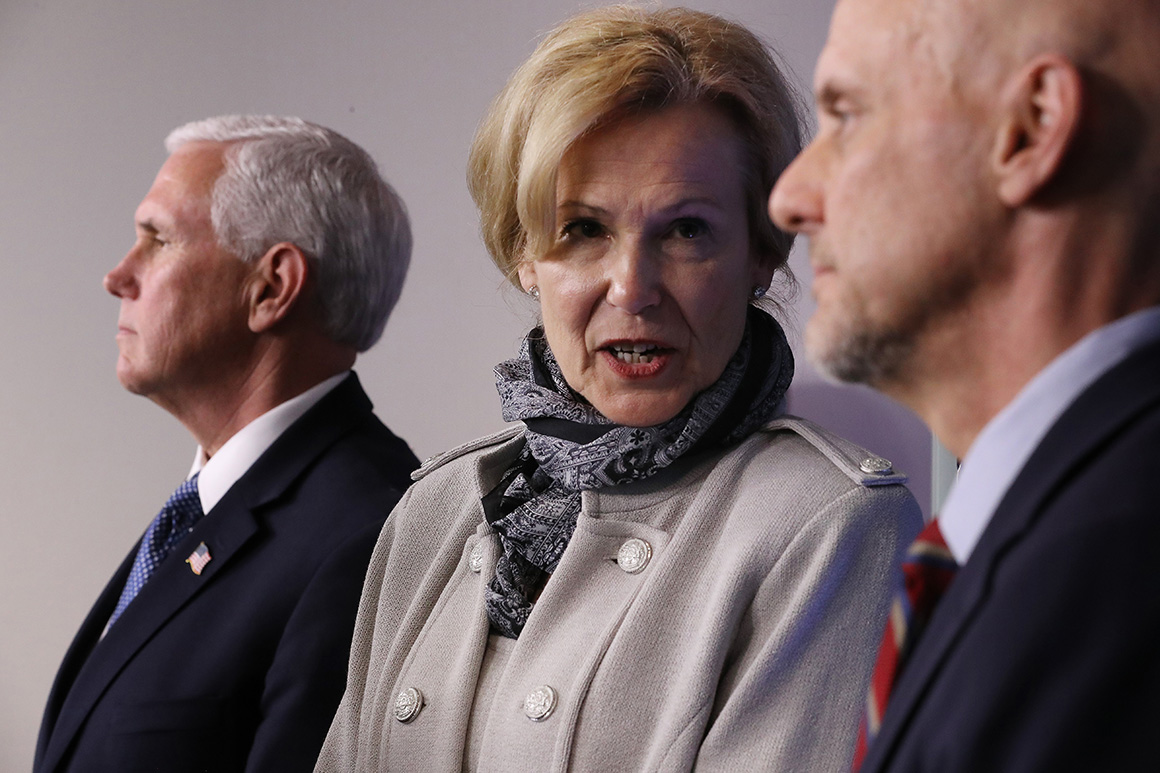 “It’s got to be all hands on deck,” Whitmer said on CNN’s “State of the Union.“ “We’re not one another’s — we shouldn’t be fighting one another. We need to be fighting COVID-19 together.”

Washington Gov. Jay Inslee echoed Whitmer’s sentiments on the same show: “We could use a more coordinated federal response,” making a comparison to the American response in the aftermath of Pearl Harbor: “We need a full-scale mobilization of the incredible manufacturing base of the United States, like we started on Dec. 8, 1941.“

Regardless, Birx made it clear that she thought that no amount of cooperation and preparation would keep the coronavirus from spreading.

“No state, no metro area will be spared, and the sooner we react and the sooner the states and the metro areas react and ensure that they put in full mitigation, at the same time understanding exactly what their hospitals need, then we’ll be able to move forward together and protect the most Americans,” she said.