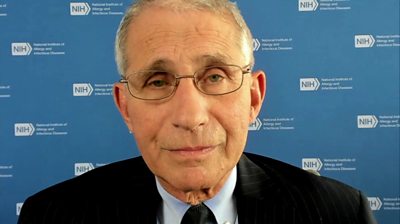 Dr Anthony Fauci says a Covid-19 vaccine could be available in the United States before the end of the year if proved to be “safe and effective”.

The US government scientist told the BBC’s Andrew Marr that the limited first doses would go to people according to a set prioritisation – and that it would take “several months into 2021” before it was more widely available.

He added that the vaccine wouldn’t replace the need for public health measures to be in place to help protect people from the virus for a considerable time.