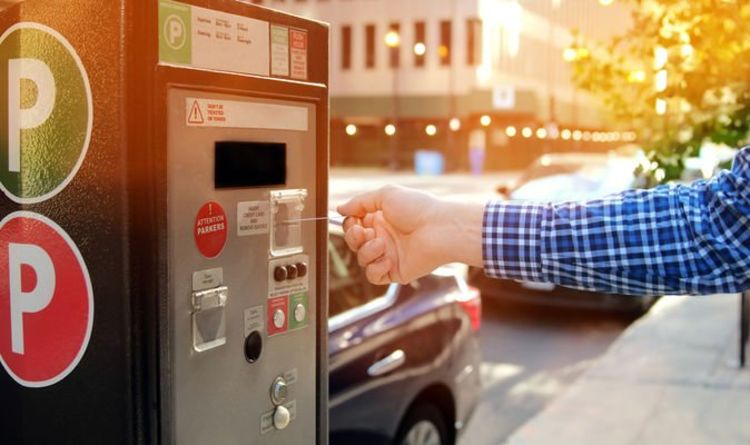 Parking charges could be made by local authorities throughout Scotland with businesses forced to pay an annual fee for every space they provide to workers. Scottish businesses will still have the power to control whether the charge is passed onto staff but as the costs spiral workers could take a hit. SNP and Scottish Green MSP’s voted against a late Labour amendment which would have seen the controversial scheme axed. Environment groups say the scheme will help reduce pollution and congestion in built-up areas as staff walk or cycle to save money.

Edinburgh and Glasgow have signalled they plan to adopt the scheme to become the second and third major UK cities to do so as Scottish councils would get the power to impose the levy on their citizens.

However, many on the opposition benches have claimed the scheme will instead hit the lowest-paid in society hard and was not consequence-free.

Speaking in the Scottish Parliament, Labour MSP Neil Bibby who lodged a desperate amendment to get the scheme scrapped, attacked others for a policy that would affect the working people of Scotland.

He added: “Be in no doubt, this levy is a regressive tax on workers that will hit the lowest paid hardest.

“It is not consequence-free, it is not fundamentally a solution to climate change and dar from incentivising modal shift, it penalises those from whom modal shift is not an option.

“It’s not an option because, for many working people, public transport in Scotland is simply not good enough.”

MSP’s were still clarifying the terms of the parking bill in Holyrood today with a focus on what will happen to the proceeds generated from the new law.

Politicians rejected an amendment which would require the proceeds to support local businesses and town centres by 59 votes to 44.

He said it was appropriate to let local councils decide where funds should be allocated instead of a blanket rule.

Birmingham City Council has also announced proposals to introduce a parking levy in a bid to reduce congestion and air pollution.

The council says proposals are in their early stages but could see city centre businesses charged up to £500 per year on each space they allocate to staff.

Nottingham already has a workplace parking levy in place and businesses are forced to pay for each space over a set limit.

Companies offering 10 or more spaces are charged a staggering £415 per extra car park space with businesses free to choose whether to pass on the cost to workers.

Around 80 percent of companies recoup at least part of the cost from their staff, due to the massive hit parking sums can have on a businesses revenue.

Nottingham introduced the scheme in 2012 to tackle problems associated with traffic congestion and has used the funds raised to pay for extensions to the area’s tram network and redevelop their train station.