By Sarah Owermohle and Susannah Luthi 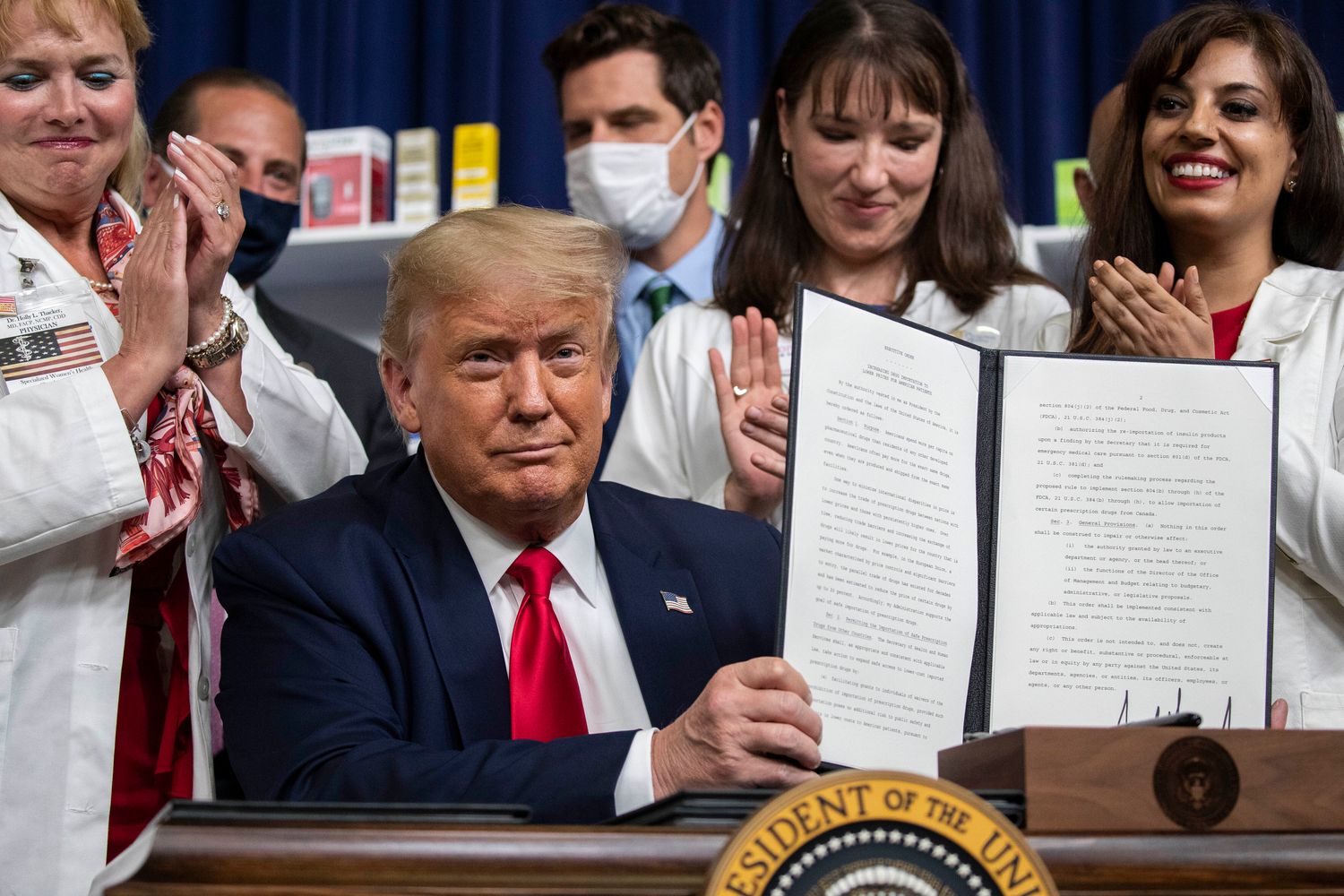 Four industry sources confirmed that industry shared the proposal with the White House. The board of PhRMA, the brand-name drug industry’s big Washington lobby, approved the proposal Sunday and it was transmitted to the White House shortly thereafter, said one lobbyist. The plan was for the president to be briefed directly on the counteroffer, but it is not clear that he has yet.

PhRMA and the White House did not respond to requests for comment.

The drugmaker proposal promises savings in excess of $ 100 billion over a decade and would avoid the time-consuming rulemaking process by relying on two voluntary demonstration programs within Medicare. It would effectively kill Trump’s plan to link drug prices to significantly lower costs in other developed nations whose governments directly negotiate prices with drugmakers.

“The only thing I have with socialism is I want to get their price,” Trump said during the Republican National Convention Monday.

The industry is offering to cut prices for physician-administered drugs in Medicare Part B by 10 percent. The administration estimated its original plan to link payments to lower costs abroad would save 30 percent.

Under the industry plan, Medicare’s Innovation Center would test a voluntary Part B model in which manufacturers would provide a “market-based” discount for covered drugs that translates to a roughly 10 percent reduction in average sales price. The demo would also reduce cost sharing for those medicines to a set dollar amount between $ 15 and $ 20.

“Implementation would be aggressive and before the election — since this is a voluntary model and would not have to go through rulemaking,” the memo reads.

The second demonstration model would put a cap on the 5 percent cost-sharing for patients in the catastrophic phase of the Medicare Part D outpatient prescription drug program. CMMI would be directed to test the model, in which manufacturers would pick up the extra costs.

“There would also be a commitment from PhRMA to work with [Medicare and its Innovation Center] on additional Part B and D reform policies over the long-run (including a CAP-like model that would make Part B look more like Part D),” the memo reads.

The industry estimated the two demonstration programs and the promise of long-term reforms could save more than $ 100 billion over 10 years.

Health officials have previously said that the international pricing index would save Medicare more than $ 17 billion over its first five years, and more than $ 50 billion in its first eight years.

According to Professor Spector, who developed the COVID-19 symptoms tracker app, children with a runny nose don’t have the COVID-19 virus and shouldn’t be...
Read more