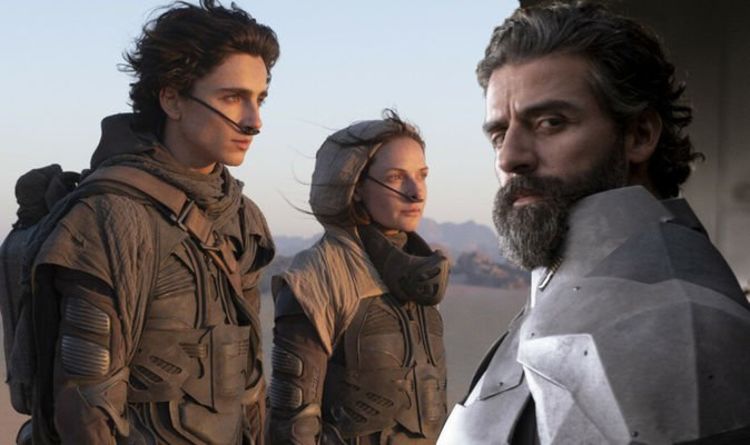 Dune is perhaps the most anticipated film of the year. Frank Herbert’s 1965 epic science-fiction novel has spanned a multitude of generations over the past 65 years, and has been told a number of times in many different ways. Of course, the upcoming 2020 film of the same name, directed by Denis Villeneuve, is due to take on the relentless world of Arrakis in its largest adaptation yet.

The iteration of the story before Villeneuve’s upcoming film came in the form of a TV show, again titled Dune.

The 2000 TV miniseries was written and directed by John Harrison, a prolific writer, producer, and director whose work sprawled through a lot of the 1980s and 1990s.

This TV series was in-turn followed up by a sequel miniseries – Children of Dune – which was based on the second and third novels penned by Herbert.

In a conversation with Express.co.uk about the upcoming re-release of this sequel miniseries on Amazon Prime Video, Harrison talked all things Dune, Children of Dune, and Villeneuve’s upcoming adaptation.

Harrison explained that in the late ’90s he was approached by well-known TV and movie producer Richard Rubinstein to adapt the Dune story into a TV series.

He explained that, although it was a tough decision he was “thrilled because it meant I had six hours to tell the story.”

Although he was already a fan of Herbert’s epic story, what really drew Harrison to the adaptation was that he thought Dune was “very shakespearean in narrative”.

He said: “It’s full of rich, royal battling and almost Jacobean kind of intrigue and backstabbing.

Unfortunately, he couldn’t give too much away about the upcoming Villeneuve adaptation, as he explained he didn’t have much to do with it.

He said: “I haven’t met Denis – however I am a huge fan – and I was thrilled when Legendary was able to sign him to the project.”

Going on to talk about what he might expect for the latest silver screen run of Dune, he confessed: “I have really high hopes for it. I am really excited.

“I am not directly involved in the production at all, however I have got my ear to the ground about it, and I am thrilled with the way things are turning out.”