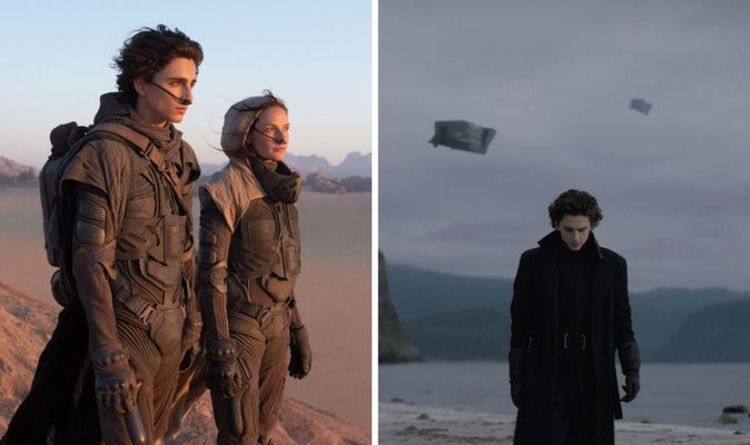 When is Dune released in cinemas?

Dune will be released in cinemas on December 18.

However, given the changes to cinema listings due to coronavirus, there is no telling when cinemas will be open and showing new movies.

But currently, Warner Bros has shown no signs of postponing the film, given its recent release of images from the production.

Who is in the cast of Dune?

Oscar nominee Timothée Chalamet, who has catapulted onto our screens in the last few years, will take on the role of the main character, Paul Atreides, who is the scion of House Atreides.

The cast is huge and full of big stars, with other parts played by Charlotte Rampling, Jason Momoa, Javier Bardem, David Dastmalchian and Stephen McKinley, as well as British actress Sharon Duncan-Brewster.

What is the plot of Dune?

According to Warner Bros’ official synopsis, the plot of Dune is as follows: “A mythic and emotionally charged hero’s journey, Dune tells the story of Paul Atreides, a brilliant and gifted young man born into a great destiny beyond his understanding, who must travel to the most dangerous planet in the universe to ensure the future of his family and his people.

“As malevolent forces explode into conflict over the planet’s exclusive supply of the most precious resource in existence—a commodity capable of unlocking humanity’s greatest potential—only those who can conquer their fear will survive.”

The upcoming movie, which is a new adaptation of the Frank Herbert book and a remake of the 1984 movie directed by David Lynch, has been directed by Oscar-nominated director Denis Villeneuve.

Is there a trailer for Dune?

At present, there is no trailer for Dune, but Express.co.uk will update this article once it has arrived.

However, recent production stills have been released, showing Chalamet in the iconic dark robe of Paul Atreides.

Dune is out in cinemas on December 18