DVLA: More driving licences are revoked for dementia than any other health reason 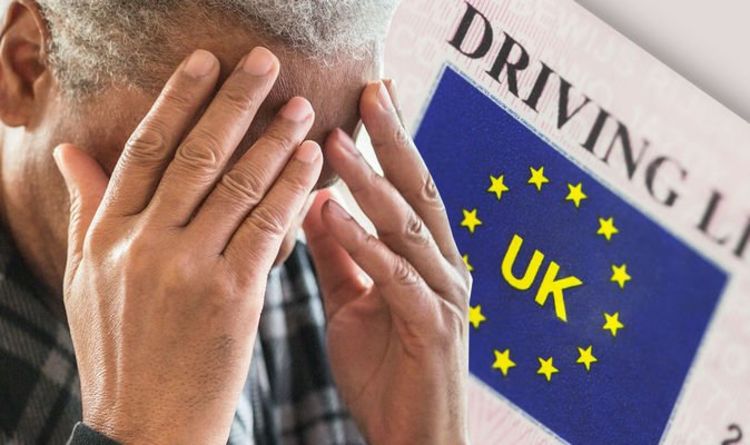 The shocking news comes just weeks after it was revaled one third of a million driving licences are revoked for medical reasons over the last five years. The data showed numbers peaked in 2018 as 73,000 lost the freedom to drive. More than 40,000 drivers have lost their driving licences so far this year on medicla concerns. The shock data revealed medical revocations have steadily increased by 40 percent between 2014 and 2016.

Dementia revocations have also increased by 64.7 percent between 2014 and 2018 in a shocking rise.

A total of 5,763 drivers suffering from epilepsy saw their driving licences revoked in the second most popular reason for a medical ban.

Epilepsy revocations have also risen by more than 2,000 since 2014 where just over 3,500 licences were taken off sufferers.

Reacting to the news, Chief Admiral Nurse and Dementia UK CEO, Hilda Hayo told Express.co.uk: “Dementia diagnosis rates are going up, primarily because people are living longer. The most important thing for people worried about their memory or who have been diagnosed with dementia to know about driving is that you will not have your licence automatically revoked.

“Your GP may be approached by the DVLA for a report on your ability to drive safely, once received the DVLA will make a decision regarding your licence, if approved this is reviewed annually. For more information, see the Dementia UK website.”

Other notable illnesses to receive over 1,000 medical revocations in 2018 include diabetes sufferers, stroke victims and those suffering from alcohol dependency.

Over 1,000 motorists equipped with heart defibrillators also saw their licences revoked, while more than 2,500 driving licences were taken away for those which had suffered seizures.

The data also reveals motorists who had persistent drug misuse over 12 months saw a total of 1,397 revocations last year.

The total number of driving licence revocations on medical grounds across all illnesses also hit a five-year high as the DVLA nabbed over 61,000 licences in 2018.

The data, obtained by the DVLA through Freedom of Information act data, shows how many medical revocations there has been for car and motorcycle users over the last five-years.

Those with anxiety saw a slight increase in medical revocations over the last five years, from 148 in 2014 to 173 last year as drivers with learning difficulties also saw an increase.

However, revocations for diabetes patients on insulin were down a total of 32.6 percent as sufferers of glaucoma and partial sight also saw numbers drop.

Drivers can be fined up to £1,000 if they fail to tell the DVLA about a medical condition that does not affect their driving.

DVLA chiefs have said drivers may be able to reapply for a new licence if a doctor declares them fit and healthy.

However, some conditions may require a mandatory amount of time to have passed since their medical incident before they can reapply.

Drivers that disagree with the DVLA decision must provide relevant information for assessment and proof they meet the required standards for driving.

Speaking exclusively to Express.co.uk, a DVLA spokesman said: “By law, all drivers must ensure that they are medically fit to drive and must notify us of the onset or worsening of a medical condition that could affect this.

“Where we are notified of a medical condition that may affect driving, the driver may be referred for further assessment.  We then make an evidence based decision on whether the driver can retain their licence.

“If anyone has concerns whether a medical condition could affect their ability to drive, we would advise they speak to their doctor or a medical professional involved in their care.”