Putting the kids first. Gleb Savchenko is focused on his children amid his messy split from wife Elena Samodanova.

“Gleb is such a hands-on dad and very protective of his kids,” a source exclusively tells Us Weekly. “He is trying to handle everything in the best way possible to not give Elena any sort of leeway for the sake of their children.”

The Dancing With the Stars pro, 37, and Samodanova, 36, announced their separation on Friday, November 6, after 14 years of marriage. The pair share daughters, Olivia, 10, and Zlata, 3. 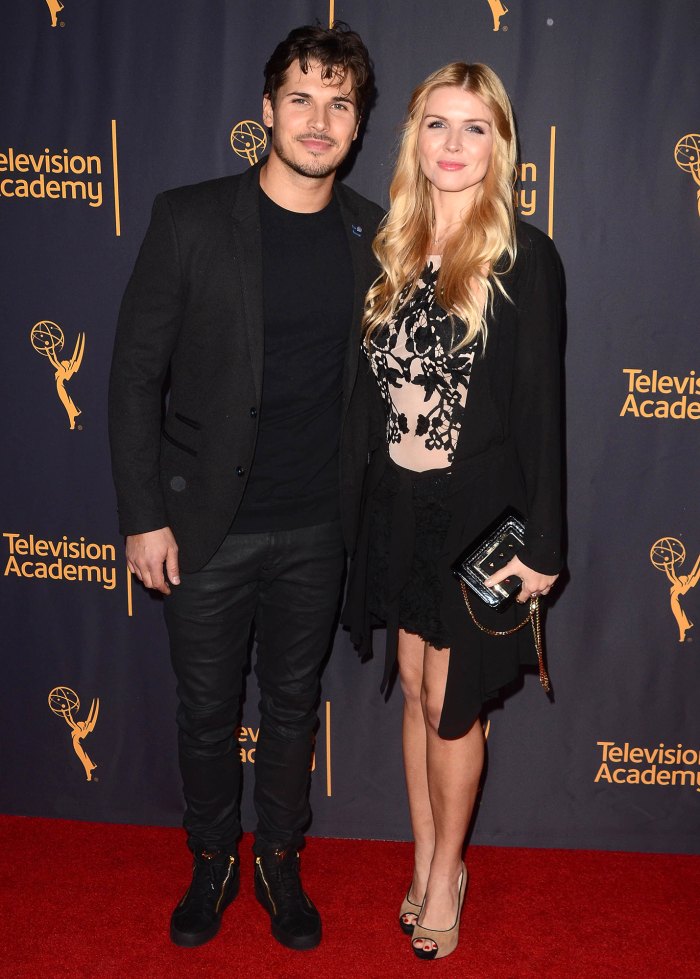 “After 14 years of marriage with my deepest sadness our road is coming to the end,” Samodanova captioned a photo of herself and Savchenko with a broken-heart emoji.

Savchenko, for his part, shared a lengthier statement with Us. “It is with a heavy heart that I tell you my wife and I are parting ways after 14 years of marriage,” he said. “We still intend to coparent our wonderful children together who we love so dearly, and we will strive to continue to be the best parents that we can to them. We ask that you respect our family’s need for privacy and healing during this time.”

One day later, Samodanova accused Savchenko of “ongoing infidelity” as rumors swirled that he had an affair with his Dancing With the Stars partner, Chrishell Stause.

“No wife should ever stand by and watch while another woman gifts her husband expensive presents, lures him out to dinners and seduces him at every turn,” the So You Think You Can Dance choreographer told People on Saturday, November 7. “Last night was the final straw, and I can no longer turn my head the other way. My trust in Gleb is irrevocably broken and it is time that I walk away and begin to heal so I can be the best version of myself for my girls.”

However, Savchenko denied the allegations. The professional dancer told Us that he won’t “stand by and allow false accusations and internet rumors go unaddressed.” The ABC personality also addressed his relationship with Stause, 39, who competed with him on season 29 of Dancing With the Stars.

“My relationship with Chrishell was and remains strictly platonic,” he told Us. “Our friendship during our season on DWTS was not the reason for our split. Elena and I have had longstanding issues in our marriage. This has been an ongoing situation between Elena and I paired with poor timing.”

Stause — who publicly split from her estranged husband, Justin Hartley, in November 2019 — also refuted the rumors on Friday.

“I am so saddened about the news of Gleb and Elena’s split,” the Selling Sunset star wrote via her Instagram Story. “It is unfortunate that this has caused rumors to swirl about my personal life. Having gone through a public split myself, I would not wish this on anyone.”

The realtor added, “As you can imagine, the countless hours of training, and dance rehearsals has created a strong supportive friendship, but nothing more. I wish nothing but the best for both Gleb and Elena during this unfortunate time.”

Listen to Us Weekly’s Hot Hollywood as each week the editors of Us break down the hottest entertainment news stories!