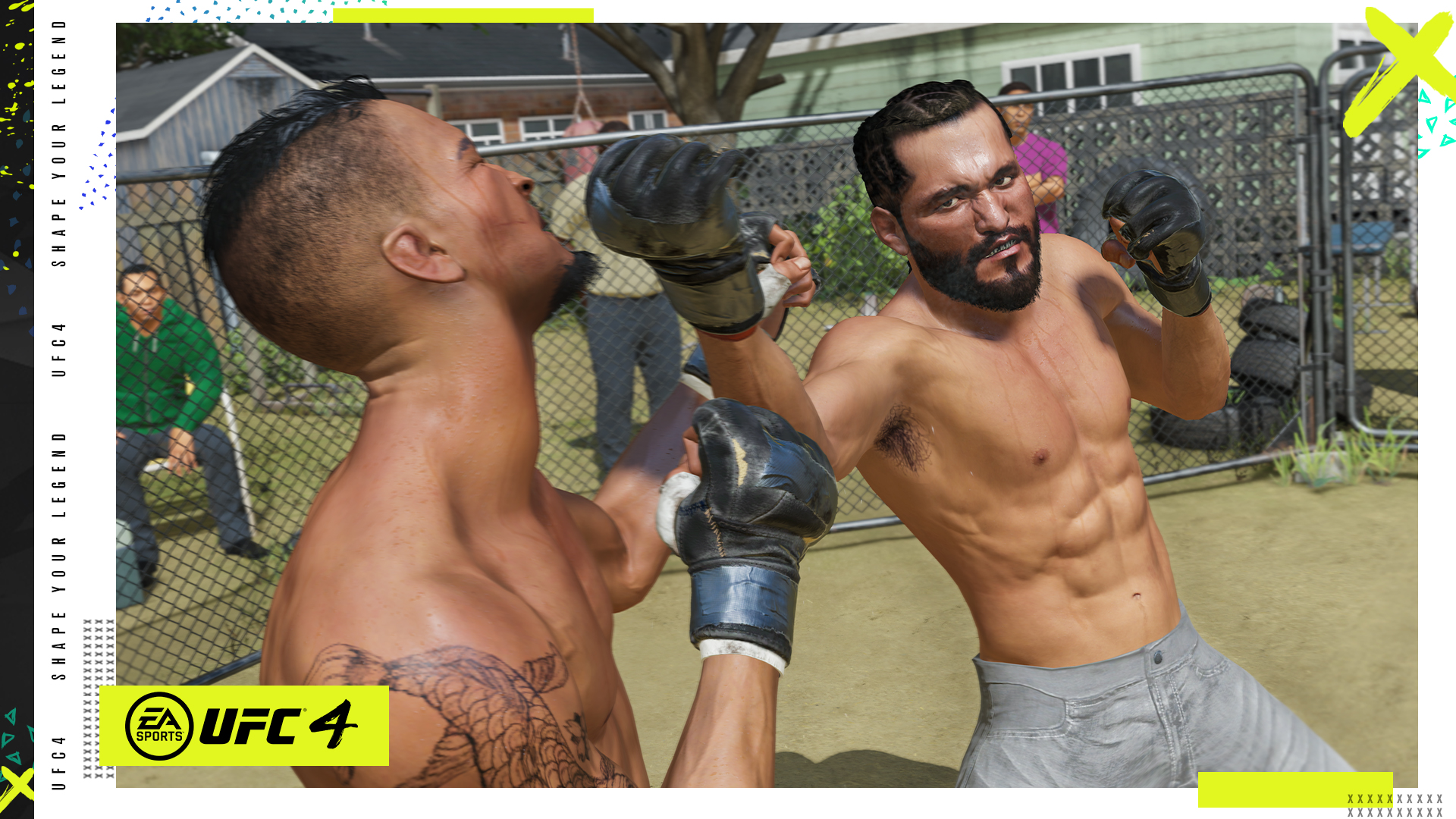 It’s been a little over two years since “EA Sports UFC 3” was released, and much has changed in the sport. To complement those changes, EA Sports returns with “UFC 4,” and a lot has gone into the fourth installment of the only UFC licensed game on the market.

Select media were part of a virtual presentation of the game and had the opportunity to get a look at gameplay, new venues (Kumite!), game modes and the inclusion of pre-order DLC fighters — unified boxing heavyweight champion Anthony Joshua and current WBC and lineal heavyweight titlist Tyson Fury.

There has been speculation that the game would release this holiday season just in time for the next generation of consoles as the Playstation 5 and XBox Series X are slated to hit shelves. But fans of the game won’t have to wait that long as “EA Sports UFC 4” is set for release on Aug. 14 for Playstation 4 and Xbox One.

Here’s EVERYTHING we know about the upcoming game.

What is the release date for ‘EA Sports UFC 4’?

What consoles will ‘EA Sports UFC 4’ be available on?

“UFC 4” will be available on current-gen consoles on Aug. 14. There is no set release date for next-gen consoles.

Who are the cover athletes for ‘EA Sports UFC 4’?

There will be two new fighters that will grace the cover of “EA Sports UFC 4.” UFC middleweight champion Israel Adesanya will cover the game alongside “BMF” champion Jorge Masvidal.

“I am the face of the new wave of UFC fighters, so it feels right to represent the sport on this new generation UFC game,” Adesanya said. “I look forward to my fans playing as me as much as I have enjoyed playing as myself.”

“MMA is more than about the belt. It’s about who you are as a person and the determination that drives a fighter to go from unknown to selling out arenas all over the world,” Masvidal said. “I grew up backyard fighting so it’s exciting for me to see that style of fighting come to ‘UFC 4’ where players can bring out their Gamebred mentality.”

What game modes will be in ‘EA Sports UFC 4’?

Much of the standard fare will be available in “UFC 4.” However, there will be several new game modes for gamers to sink their teeth into.

Career mode will have a few new wrinkles that include the opportunity to build relationships with fighters through social media. Depending on how you address fighters on social media, you can have a new training partner or build a heated rivalry. The choice will be yours.

Offline modes will include a “Fight Now” mode in which you can have a regular MMA bout, one in which a knockout is the only path to victory, a straight kickboxing match or you can customize the rules to fit your gameplay style.

Online will have a world championship mode in which gamers can take their created fighter or a current UFC fighter and climb the leaderboards to become a champion. But the action doesn’t end once you win as online opponents can challenge for your title. There will also be a fast-paced mode called “Blitz Battles” which allows you to compete with online opponents in a rapid-fire tournament.

Of course, there will be an opportunity to fight anyone online or invite a friend to an online scrap.

Fans of the series will see some significant changes to gameplay for this installment.

There will be a new submission system that is more reminiscent of the “WWE 2K” series rather than the two-stick submission attempts. Striking inputs have also been overhauled where shoulder button modifiers are removed and striking will focus how long you press a button. Players can throw quicker strikes with a tap, while holding the button will result in slower, more damaging blows.

Grappling has also seen some adjustments. The clinch game won’t operate like the ground game in previous installments. Instead, “UFC 4” will introduce what is called Real Player Motion Technology that will offer a more fluid experience. The clinch is integrated as part of the striking system and allows for more fluid and frequent clinch and break moments.

There will also be a grapple assist function that will streamline the ground game and use basic left stick inputs to trigger transitions. Ground and pound won’t be as static as it was in previous games. Fighters will be able to pick their spots to strike while those on the defensive end will have access to more tools to avoid taking damage and reverse position.

More animations have been added to takedown attempts. There will be a number of different takedowns that range from power double legs to driving takedowns where both fighters will jockey for position.

Who will be the ‘EA Sports UFC 4’ commentary team?

What new fighting environments will be included in ‘EA Sports UFC 4’?

Aside from the normal fight venues that have been included in previous UFC games, “EA Sports UFC 4” will include four new venues for fighters to compete in. Two locations, in particular, will stick out to fight fans.

For the first time, fighters will be able to complete in The Backyard, where legends such as Kimbo Slice originally made a name for themselves. This is also where Masvidal first cut his teeth as a mixed martial artist.

The Kumite will also be included. Perhaps most infamously known as the venue where Jean-Claude Van Damme fought in the movie “Bloodsport,” fighters will be able to compete in an underground temple environment that pays homage to the old lore of MMA.

The UFC Apex that houses Dana White’s Contender Series and recent events during the COVID-19 pandemic will be available as well as an outdoor amateur MMA venue known simply as “Action Avenue.”

Creating a fighter in “UFC 4” will be a unique experience with more customizable options than ever before.

There are twelve fighter archetypes that will define the foundation of your chosen fighting style. Everyone will be able to put their personalized stamp on their fighter with over 1,600 new pieces of gear (including masks) and over 120 emotes.

What fighters will be available if you pre-order ‘EA Sports UFC 4’?

“EA Sports UFC 4” will continue the trend of including non-MMA fighters in the game. The fourth edition of the game will include Fury and Joshua. Also included will be a mainstay in martial arts legend Bruce Lee.

“Fighting is what I have dedicated myself to. No matter the stage or opponent, I’ll always back myself,” Joshua said. “My character in ‘UFC 4’ will be no different, I’m ready for any challenge and hope we’ve made something in ‘UFC 4’ that can get fight fans excited this year.”

“I have a lot of respect for UFC fighters, but I’m the greatest fighter in the world,” Fury said. “It’s going to be exciting to watch players use my boxing skills to outshine the most talented MMA fighters in ‘UFC 4.'”

What else is included if you pre-order ‘EA Sports UFC 4’?