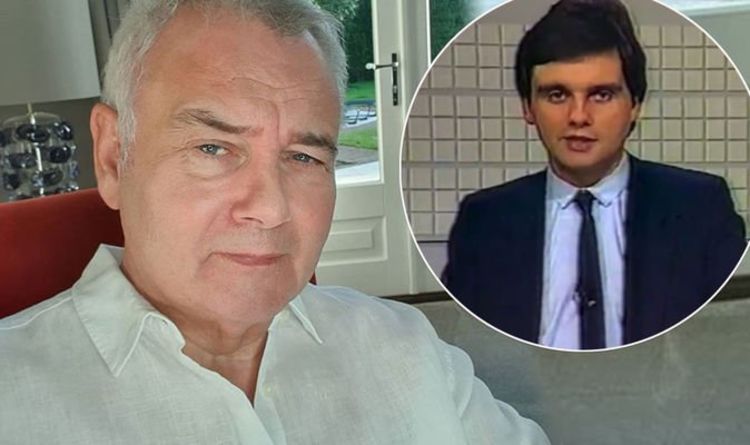 Eammon captioned the snap: “21 year old News anchor with a lot of hair.”

He went on to thank the person who sent him the picture revealing that he doesn’t have many images or video footage from this period in his career.

“Thank you to the viewer who sent me this,” he said.

“Utv didn’t store any live programming so the only things that exist r on viewer’s VHS tapes.”(sic)

Eamonn’s wife Ruth Langsford, who has been married to the presenter for almost ten years, took to the comments section of the photo to post three hearts.

Other Instagram users shared their memories from around that time, with some telling the star their parents worked with him in Ireland.

One user recalled that Eamonn had given a career talk at her school.

“This is how I remember you doing a careers talk in my school when I was in lower 6th!” the fan wrote.

Another user added: “OMG! Love this!! Look at you, wee Belfast boy.”

However, Eammon revealed the picture was in fact much older.

A few years later he presented the news for their flagship show Good Evening Ulster.