Eamonn Holmes: ‘My best years have gone’ This Morning host,... 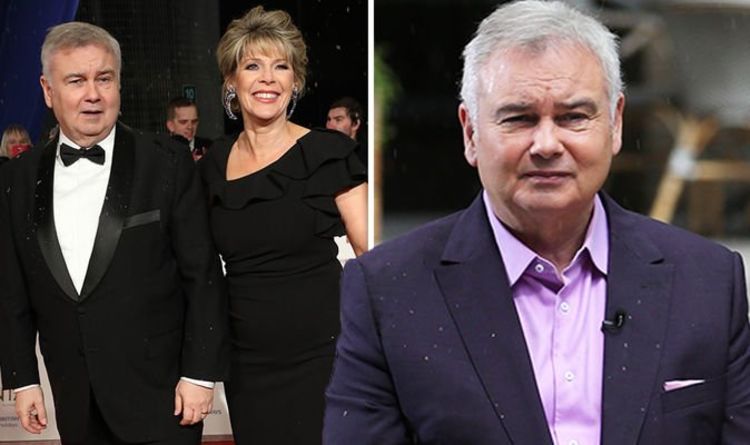 Eamonn Holmes, 60, has been a firm fixture on the small screen for decades and made his This Morning debut 13 years ago. The TV veteran recently celebrated his birthday and touched on his wife Ruth Langsford, 59, reaching the major milestone next year.

However, the broadcaster admitted he was not very keen on turning 60 and said it was not a subject he really wanted to discuss in a joint interview with his co-star and partner.

Speaking to OK! magazine about his age, Eamonn mused: “Don’t talk about it! My best years have gone.”

Ruth commented: “You look great for 60! I’m going to embrace being 60. I certainly don’t feel it. I’m certainly 60 pounds heavier though.”

She added: “I think age is a state of mind.”

He told Digital Spy: “My typical Christmas Day is no different from anyone else’s.

“My wife is the domestic goddess that she is. She’s great in the kitchen and I limply or lamely say, ‘Do you want any help, darling’, and she goes, ‘No, get out, go away, leave me alone’ and I think, ‘Happy days’.”

He added: “She does it all, she’s amazing but the thing is, she loves it. She’s control freaky enough that she wants the whole kitchen to herself, she loves entertaining, she adores cooking and I adore eating it, so it all works well.”

The ITV favourite and his wife Ruth have been married for nine years and share one son together – Jack Holmes, 17.

The small-screen star gushed over his wife and admitted she is the “best gift” he has ever received.

Eamonn told the same publication: “The best gift she’s ever gotten me is her, meeting her, being with her is the best gift I could ever have.

“We cherish time together because our lives are quite busy and often we’re like ships in the night and we go through a revolving door.

“Honestly, we’re quite simple people, Ruth is not someone who demands big gifts and neither would I be.”