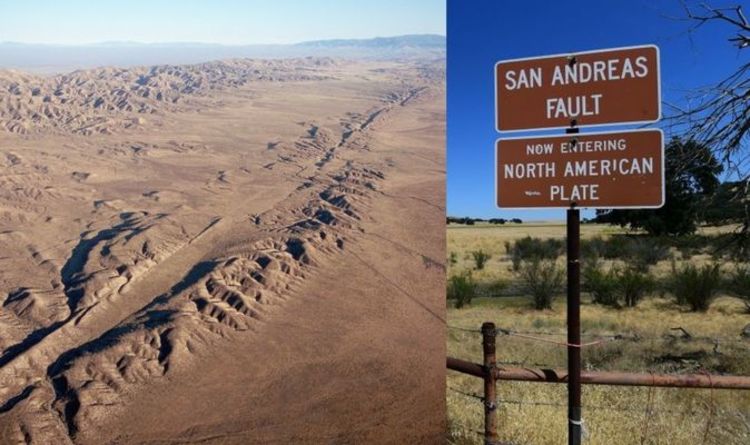 Tension has been building along the San Andreas fault for centuries, and experts predict a ground splitting quake for when the fault line finally ruptures. To prepare for a potentially deadly quake, researchers must first understand the intricate details of just how quakes along San Andreas form.

Researchers from the University of Southern California (USC) have been analysing the process, and believe quakes from San Andreas originate much deeper beneath the Earth’s surface than is usual.

The team began analysing the process from the “bottom up, rather than from the top down”, to find the segment of the San Andreas Fault near Parkfield, California, produced unusual quakes.

The researchers found that a deep section of the fault line breaks frequently, causing tremendous heat and melting of rock which sends seismic waves upwards, leading to a rupture of the fault.

According to the research published in the journal Science Advances, the findings of the study are significant as it will help to better predict when, where and how earthquakes along the San Andreas fault will come to be.

Sylvain Barbot, assistant professor of Earth sciences at the USC Dornsife College of Letters, Arts and Sciences, said: “Most of California seismicity originates from the first 10 miles of the crust, but some tremors on the San Andreas Fault take place much deeper.

“Why and how this happens is largely unknown.

“We show that a deep section of the San Andreas Fault breaks frequently and melts the host rocks, generating these anomalous seismic waves.”

To discover why they were happening much deeper, the team conducted simulations based on evidence gathered from the section of the San Andreas Fault extending up to 36 miles north of — and 16 miles beneath — Parkfield.

The researchers found that when one big quake ends, the tectonic plates which meet at the fault lines – the Pacific Plate and the North American Plate – run relatively smoothly against each other, causing little activity.

However, as they are doing so, tremendous heat builds causing chunks of granite and quartz, the Earth’s bedrock, to change and mould as temperatures reach above 650 degrees Fahrenheit.

This turns the rocks into a more fluid state, meaning the way in which the plates and rocks glide past each other speed up, which then triggers the powerful tremors.

A landmark new NASA study has potentially answered an age-old question - what made the Moon? The groundbreaking study examined lunar rock, which added...
Read more