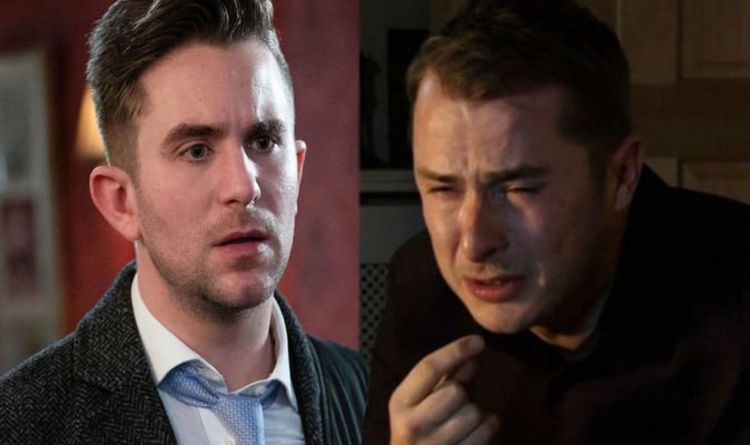 And now, although the two have been reunited, Ben might be about to lean towards his sinister side once again – much to Callum’s disgust.

Next week, he will be arrested after becoming involved with an old enemy, as Danny Hardcastle (Paul Usher) will return to Albert Square with an intriguing offer.

The last time he was seen in Walford resulted in him kidnapping Louise Mitchell (Tilly Keeper), after a dodgy deal went wrong.

Only a select few are aware of Ben’s hearing loss, and he is desperate to keep his condition from the rival gangster and pretends he can hear everything Danny is saying.