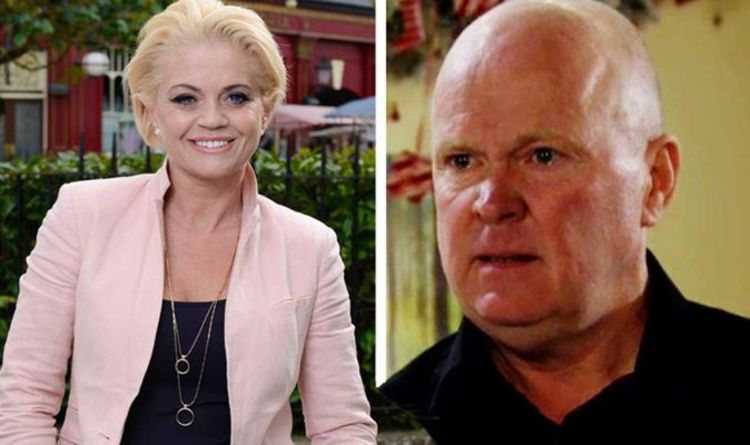 EastEnders hard-man Phil Mitchell’s (played by Steve McFadden) life was turned upside down this evening when he found out the life-altering details about Sharon Mitchell’s (Letitia Dean) affair with Keanu Taylor (Danny Walter). Not only had his wife been cheating on him for the last year and a half, but Phil was devastated to learn she is also carrying Keanu’s baby. Realising he cannot stay married to Sharon any longer, he confessed he had started divorce proceedings. But will the comeback of an iconic Mitchell make matters worse or set them on the path to recovery?

The hour-long Christmas Day special ended with Phil telling his two children – Ben Mitchell (Max Bowden) and Louise Mitchell (Tilly Keeper) how they were the only one’s he could trust.

With very little family left, Phil looked around at who he did have and thanked them for their alliance.

But will someone from Phil’s past make an epic comeback and help him in his time of need?

Sam Mitchell (Danniella Westbrook) was last seen on the small screen back in the July of 2016 when she returned with Ricky, hers and Jack Branning’s (Scott Maslen) son, to attend her and Phil’s mother’s – Peggy Mitchell (Dame Barbara Windsor) funeral.

But her appearance ruffled a few feathers, especially when she abandoned her son and leaves in the back of the taxi after explaining how she was struggling to look after him.

Years later, Ricky has settled into life with his father and half-sister Amy, but his mother could soon make a re-appearance if her brother calls and asks for her help.

It comes after Phil revealed the destruction his family has gone through because of making wrong decision – just like Sharon did when she continued to have an affair with Keanu.

In a scene from tonight’s instalment, Phil went through a range of emotions, from pure rage to sorrow.

“It was a mistake a stupid mistake, Phil we can get through this, leave here, go to Portugal. Please, please Phil,” she continued to beg.

Phil never mentioned his sister Sam, does this mean he is still in contact with her?

Should this be the case, there is a chance she could help him get through this difficult time.