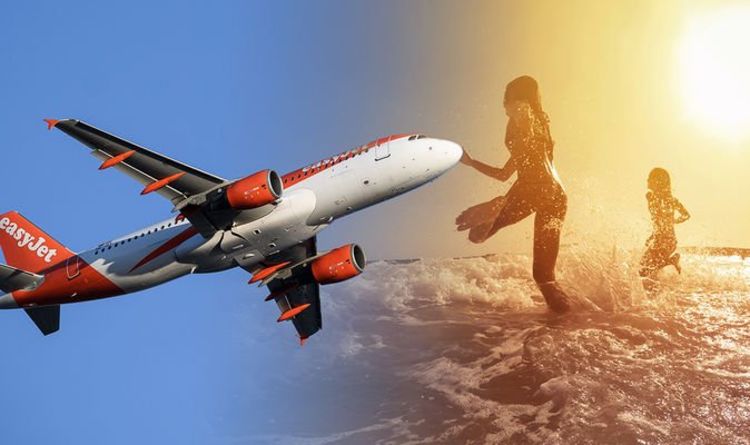 The news comes amid uncertainty over travel regulations for Britons as the UK Foreign and Commonwealth Office (FCO) maintains its travel advisory stating people should avoid all unessential travel.

There is no sign as to when this “indefinite” period of time will end.

However, easyJet remains positive that flights will go ahead from July.

The airline is set to make its return on June 15, before further boosting its operations across Europe in August.

The airline will fly both domestic and international routes within Europe from the UK, serving all of its UK bases.

Here is a full list of destinations easyJet will be flying to throughout summer 2020:

The airline is offering its customers over one million flights to holiday destinations across Europe between July 1 and October 31 2020.

Flights have been launched as part of its “biggest ever” summer sale.

Although the future of travel remains largely unknown, easyJet is one of a number of travel operators who have reportedly asked the UK government to consider “air bridges” with certain countries.

The Daily Mail reports the airlines, which also include British Airways and Virgin Atlantic, have made a list of 45 countries to be considered.

The list includes hotspots such as France, Spain, Italy, Portugal and Greece.

The “air bridge” would see an agreement between two countries to allow quarantine-free travel between the two nations.

Airlines say that the current mandatory quarantine period will put a huge strain on the travel industry, which is already suffering as a result of stringent lockdown measures.

easyJet has already announced it will axe around 30 percent of its workforce due to the pandemic.

The airline said in a statement: “To effect the restructure of our business, easyJet will shortly launch an employee consultation process on proposals to reduce staff numbers by up to 30 percent, reflecting the reduced fleet, the optimisation of our network and bases, improved productivity as well as the promotion of more efficient ways of working.”