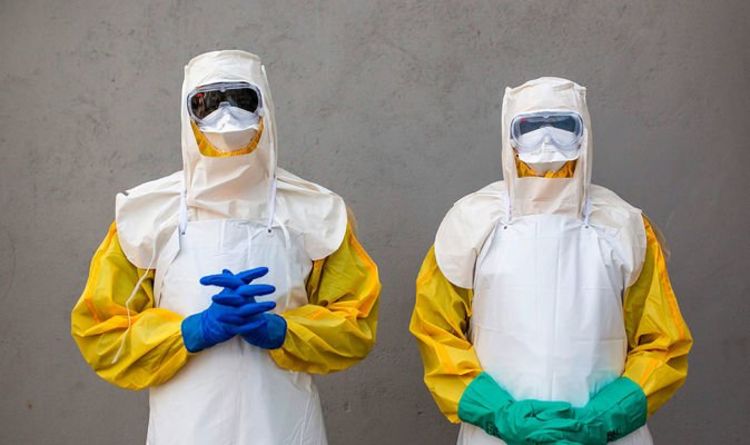 It comes after the island nation’s health department issued a “high alert” for the viruses potential arrival in the form of international visitors. Doctors and support workers from abroad flocked to the nation to assist local teams after the Bahamas endured Hurricane Dorian in September. This led the Bahamas’ Ministry of Health to keep a close watch on visitor‘s travel history.

Officials want to make sure to know whether any visitors had previously been in places where Ebola is present.

Minister of Health Dr Duane Sands told reporters this week: “We are absolutely on high alert.”

He added: “As you know we live in a world of Ebola and there are international health regulations that define what constitutes a risk or hazard.

“We don’t want any cases of Ebola. These international health regulations are there to protect the public.”

Dr Sands revealed officials were in the process of delivering sensitisation training sessions with customs, airport, immigration and health personnel.

He told Eyewitness News Online: “If you have been in an area where there is an Ebola outbreak, such as central Africa, red flags go off.

“The airport screening process includes historical information, presence or absence of fever, and any of the symptoms typically associated with Ebola.”

Dr Sands added: “When you combine screening with travel history, that’s when a person may be infectious.”

A recent WHO risk assessment concluded the global risk levels remain low for the Ebola virus spreading to other countries.

Despite this, a new Global Health Security Index recently suggested not a single country in the world was fully prepared to handle a disease epidemic.

However, the Bahamas is being proactive with its Ebola detection options.

Dr Sands told the Nassau Guardian in July, the actual risk is reduced by the travel requirements as there are no direct flights to the Bahamas from Africa.

He added: “So somebody would have to penetrate through, typically, Europe and then they could come directly on British Airways, but typically they would come through the United States or some other port and all of these have checks and balances.”

Fears of a potential Ebola outbreak have even spread to nations such as Japan.

A strain of the virus was imported in a bid to prevent cases from happening during next year’s Tokyo Olympics.

The Japanese Government is looking at possible countermeasures in the event of an outbreak sparked by the massive influx of tourists.

It is the first time these deadly viral agents have been introduced into Japan.