Eclipse 2020: Mark your calendars for 13 Full Moons, 2 Supermoons and a rare Blue Moon 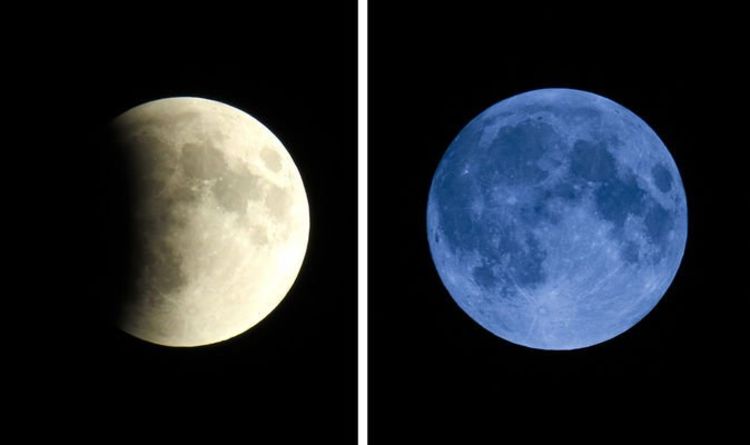 If the thought of an extra Full Moon was not enough, the so-called Blue Moon happens to coincide with this year’s Halloween celebrations.

According to The Farmers’ Almanac, the combination is an incredibly rare one and will not happen again until 2034.

The Farmers’ Almanac said: “When you look at the Full Moon on Halloween night, it won’t appear blue in colour but you’ll be looking at something pretty uncommon.

“A Full Moon on Halloween only occurs roughly once every 19 years – known as a Metonic cycle.

“If the Full Moons are calculated using Greenwich Mean Time, that translates to approximately three to four times per century.”

In popular astronomy, a Blue Moon is the second of two Full Moons to appear in a single calendar month.