Eclipse 2020: When is the next eclipse? Full list of lunar and solar eclipses revealed 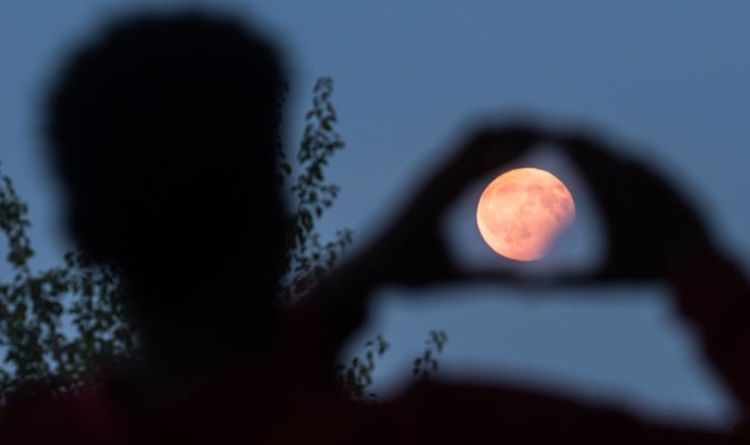 As many as seven solar and lunar eclipses of the Sun and Moon can annually occur, while the fewest possible is four. Of the six eclipse events occurring in 2020, two solar eclipses will be “central” events – one total and one annular. All four of the lunar eclipses will be imperfectly aligned, or penumbral, meaning they will be hardly noticeable.

Friday, January 10, will see a Full Wolf Moon arrive in the skies, alongside a penumbral lunar eclipse.

The January Full Moon is often called the Wolf Moon.

Other names include Old Moon, Ice Moon, and Snow Moon, although the latter is usually attributed to the February Full Moon.

A Full Moon takes place when the celestial satellite is located on the opposite side of the Earth and the Sun, meaning its face is fully illuminated by the star.

Meanwhile, a penumbral lunar eclipse occurs when then Moon passes through the partial shadow of the planet.

When these phenomena combine, the Full Moon will be slightly darker than usual.

This is because the only sunlight reaching the Moon at that point is from around the edges of the Earth, as visible from the Moon’s surface.

Such a Blood Moon occurs when Earth’s Moon is in a total lunar eclipse.

While it has no special astronomical significance, the view in the sky is striking as the usually grey-white Moon turns a strange rusty-brown colour.

“About twice a year, this puts the Moon in just the right position to pass through the Earth’s shadow, causing a lunar eclipse.”

What is a solar eclipse?

A solar eclipse happens when our planet’s Moon moves in between Earth and the Sun, causing the celestial orb to cast a cosmic shadow over Earth.

An eclipse of the Sun only occurs during a New Moon phase, when it transits directly between Earth and its star and its shadow falls on the surface of our planet.

The fact such an eclipse can occur is a serendipity of celestial physics.

Since the Moon first formed, the satellite has been drifting away from Earth by around 4cm (1.6 inches) each year.

The Moon is at the perfect distance to appear in our sky exactly the same size as the Sun.

The Moon also happens to be about 400 times closer to Earth than the Sun.

The most dramatic and rarer eclipses are of the total variety, plunging parts of the planet into surreal darkness for a matter of minutes.