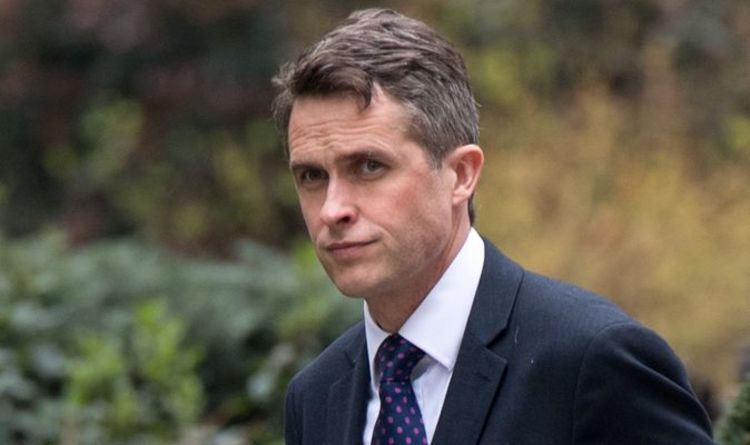 Mr Williamson has reportedly warned that a of lack of interaction with their teachers could have a concerning impact on children’s educations. This comes amid growing Cabinet tensions over the length of the lockdown.

Mr Williamson said he does not want schools reopened until it is safe.

However, he is worried about the lack of pupil-teacher interaction during this time as the pandemic continues to effect people globally.

This comes after a senior Government source said last night that the prospect of lockdown restrictions being eased later this week was “zero”.

The Cabinet is said to be split between “hawks” who want the lockdown to be lifted in weeks and “doves” who believe it should last until Whitsun at the end of May.

Speaking to the Daily Mail, a Government source claimed there was no “table-thumping” going on, but added of Mr Williamson would prefer schools to reopen soon.

They said: “He’s Education Secretary – he’d, of course, prefer schools to be open. But it’s not his choice.

“He is worried about all children and how they are going to do.

“There is no replacement for children going along to classes under the supervision of teachers who know them.

JUST IN: Expert reveals why UK WILL recover from economic impact of coronavirus

“However, schools will only be opened when it is safe to do so.’”

The so-called “hawks” are said to include Chancellor Rishi Sunak, who recently announced £330 billion of state-backed loans and pledged around £40 billion in grants, tax breaks and wages subsidies to limit the econnomic impact of the pandemic.

This group is also said to include Home Secretary Priti Patel and Work and Pensions Secretary Therese Coffey.

One Tory adviser said: “I can’t think of many people outside the Health Sector who want things to stay the same.

“The Treasury is getting jittery because they can see what is happening to GDP [gross domestic product] – what’s happening to businesses and growth.”

This comes after former Bank of England boss Lord Mervyn King has said the UK is well-prepared to deal with the economic impact of the coronavirus.

Over the weekend he said Britain is in a good position to take on large amounts of debt despite going through 10 years of austerity.

Lord King, 72, said: “One of the benefits of being prudent in the last decade is that it is much easier to absorb a rise in the national debt.

“I don’t think we should worry today about the extent to which the national debt will rise, as long as we can get the economy back to function sooner rather than later.”

He added that “trial and error” would be needed to emerge from the lockdown.

He also stressed the importance of the government being transparent in what is a difficult time for businesses globally.