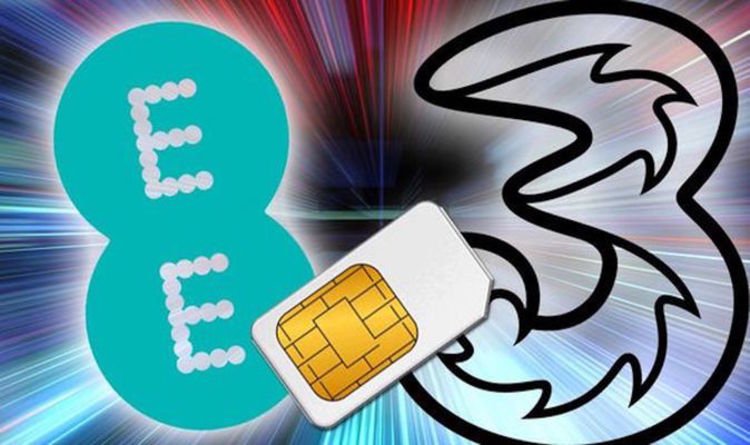 EE and Three have both unveiled some competitive SIM-only deals to tempt customers to switch their plan – or sign-up to a new contract. EE offers the UK’s fastest 4G network, but Three is your go-to if you’re looking for the ultimate amount of 4G (or 5G, if you have a compatible phone) mobile data each month.

EE has slashed the price of its SIM-only as part of the January Sale, with 60GB of data down to just £20 per month. It’s not unlimited, but it’s likely to be more than enough for most. And, if it’s not, there’s a huge 100GB plan for just £25 per month available too.

Aside from blazing speeds and metaphorical bags of data, you’ll also get 6-months of Apple Music included – worth £9.99 per month on its own! And don’t worry about blazing through your 60GB allowance by streaming from the millions of albums available through Apple Music because streaming data doesn’t count towards your monthly allowance.

If you’re looking for more data, it’s worth taking a look at rival mobile carrier, Three. The company is offering unlimited data for £20 per month.

Three’s unlimited deal is £20 per month, and while it locks you in for 24-months – it is half price for the first six months. Plus, if your phone is 5G ready you’ll be able to use the increased speeds as soon as possible. Looking for less of a commitment? You can opt for a 12-month plan with unlimited data for just £22 per month – although there’s no saving on the first six months.

If you’re really not looking for commitment, SMARTY mobile (which is powered by Three’s network) offers sizeable data at the lowest price we’ve found – and you can cancel anytime.