EE vs Vodafone: Why one of these mobile networks has... 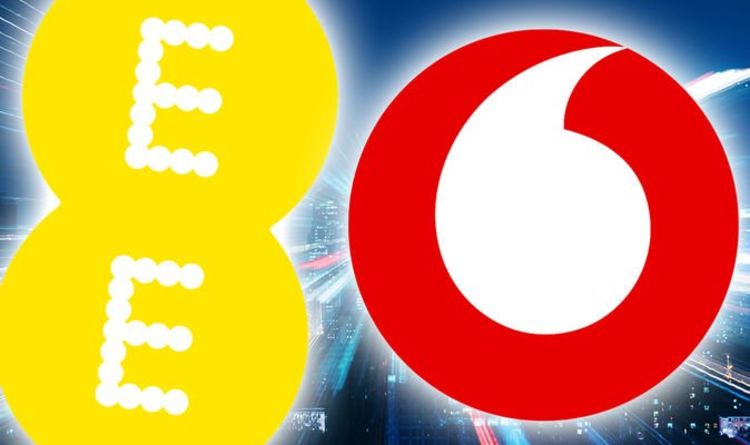 The battle to offer the best 5G coverage rages on with all of the UK’s major networks now offering this superfast service. 5G brings blisteringly fast downloads to your smartphone but who is now leading the race to offer very best UK coverage? Until recently it was fairly neck and neck but EE has just extended its 5G network to six more UK cities last week, increasing its 5G coverage lead over arch-rival Vodafone. EE says its 5G is now available in 50 cities and large towns across the UK, that’s significantly more than the 34 towns and cities where 5G is supported by Vodafone.

Announcing the expansion of its 5G network, Marc Allera, CEO of BT’s consumer division, said: “We switched on the UK’s first 5G network in May, and this is another milestone towards keeping our customers connected 100 percent of the time.

“We’re leading the way in the UK, with 4G and 5G coverage in more places than any other operator. Adding 5G to more cities and towns – and expanding our 5G coverage in each place – is helping us to always deliver the best mobile experience to our customers.”

The British mobile network operator isn’t resting on its laurels when it comes to 5G though. In fact, EE is promising to expand its 5G network to more than 70 cities by March next year.

Conversely, Vodafone’s 5G network is still available in highly populated UK cities like London, Liverpool and Manchester, but comes up short against EE in terms of overall coverage across the country.

Although Vodafone doesn’t match EE in terms of UK coverage, the network claims to have 5G operating in more places overall thanks to its supported European territories that allow for roaming.

Vodafone claims to have established its 5G network in 68 towns and cities across Europe.

They are the following: