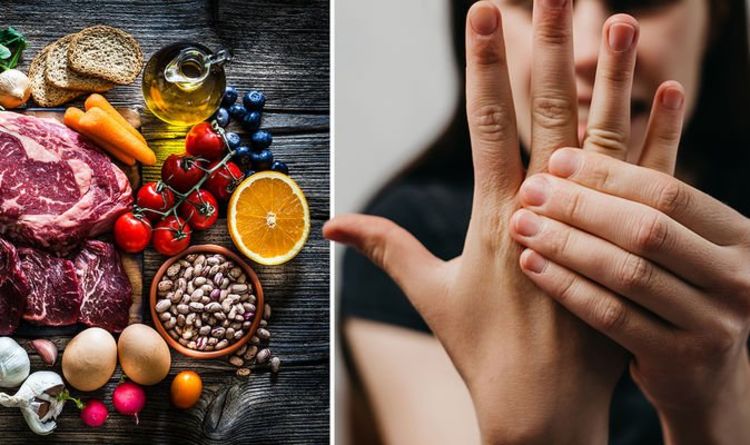 According to Harvard Health, vitamin B12 deficiency can be slow to develop, causing symptoms to appear gradually and intensify over time. It can also come on relatively quickly.

“Given the array of symptoms a vitamin B12 deficiency can cause, the condition can be overlooked or confused with something else,” says Harvard Health.

Nonetheless, as the health body points out, there are clusters of symptoms that are associated with B12 deficiency.

Vitamin B12 deficiency symptoms may include:

There are two primary causes of B12 deficiency – pernicious anaemia and strictly following certain diets.

Pernicious anaemia is an autoimmune disease that prevents the body from making intrinsic factor – a protein made by the stomach and needed to absorb vitamin B12 in the intestine.

According to the NHS, pernicious anaemia is the leading cause of B12 deficiency in the UK.

Adhering strictly to a vegan or vegetarian diet can also raise your risk of becoming deficient in B12.

“If your vitamin B12 deficiency is caused by a lack of the vitamin in your diet, you may be prescribed vitamin B12 tablets to take every day between meals,” says the NHS.

It adds: “People who find it difficult to get enough vitamin B12 in their diets, such as those following a vegan diet, may need vitamin B12 tablets for life.”

Good sources of vitamin B12 include:

“If you’re a vegetarian or vegan, or are looking for alternatives to meat and dairy products, there are other foods that contain vitamin B12, such as yeast extract (including Marmite), as well as some fortified breakfast cereals and soy products,” adds the NHS.