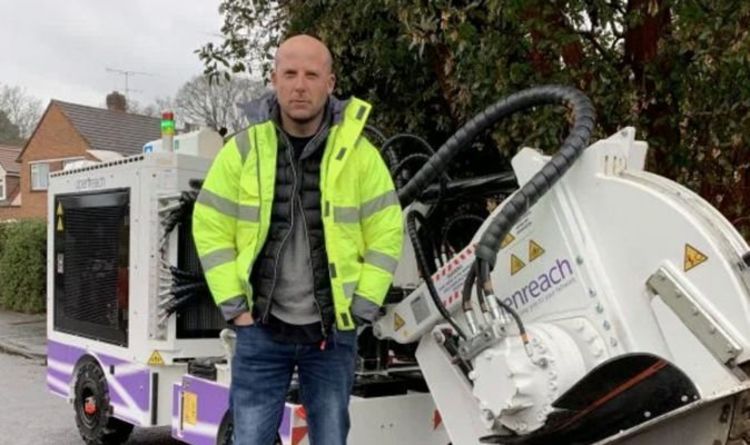 Well not quite, but Elastomac, a new sustainable filler using waste rubber tyres developed by British firm Roadmender Asphalt is in a position to transform repair costs, disruption and timescales after it gets the official green light expected next month. Following £6 million of investment and successful trials with local authorities, a mass rollout is the next step for the eco-friendly scourge slayer that is designed to repair shallow holes and defects, stemming the tide of compensation claims.

It is also the reason why the Sheffield-based business is forecasting a £17million turnover for 2023 and is expanding its team of 25.

Heated on site, dark, gluey Elastomac, known as a flowable thermoplastic, is a mix of powdered rubber and bitumen that welds to existing roads, delivering permanent, waterproof patch and trench repairs.

Avoiding the usual excavating process where old material has to be dug out from around a defect first, hero product Elastomac contains nine old tyres in every tonne and uses some 80 percent less material than traditional asphalt.

There is no waste to remove either and the process can deliver up to five times more patches a day. Costs are 50 percent less than asphalt, coming in at £20 or less per square metre.

Chief executive Harry Pearl set out on his journey six years ago with the aim of finding a longer-lasting solution to the pothole problem.

The main cause he realised for the “costly, polluting and inefficient” practices was the “materials being used that are designed for building roads not fixing them”.

Gathering a group of like-minded impact-focussed backers determined to change an inefficient industry held back through lack of funding, the venture capitalist began by applying new pellet-making technology into making rubber-based asphalt.

That evolved into using recycled rubber which remains the best specialist option for deep hole repairs, such as on motorways.

But for the smaller, more numerous repairs Pearl and his team have now extended the range with Elastomac.

The pellets are transported in bags to sites where a machine melts them down, including the bags, before the liquid is poured into the holes.

“Attitudes have turned around even in the last six months,” says Pearl of his local authority, utility and contractor clients.

“Environmental benefits once regarded as a bonus are now a requirement.”

As the Chancellor’s £2.5 billion pot to repair the UK’s 700,000 or more holes comes on stream, most of Roadmender’s sales potential lies in thermoplastics, says Pearl.

But getting the right recipe has taken longer and been more difficult than even he anticipated.

“It has been a long, hard sell as every new ingredient we introduce has to be checked of course and approved to ensure it is safe, works and looks ok. Our outlay on plant is considerable, the machine to sheer the rubber was hugely expensive.”

Now Pearl’s plan is to expand with a network of new depots based on Roadmender’s rental model, while overtures from overseas operators increase.

“I am really besotted with roads,” he admits, “and so glad we saw their recycling potential before anyone else was interested.”

An emerging force in the multi-billion pound insurtech sector, the business pinpoints risks in real time - known as nowcasting - down to property...
Read more
Business

Where Was the Battery at Tesla’s Battery Day?

To Clean Up Comments, Let AI Tell Users Their Words Are Trash

British lenders HSBC and StanChart were among global lenders named as having transferred more than $ 2 trillion in suspect funds over nearly...
Read more