Electric scooters are coming to the UK faster than anyone predicted 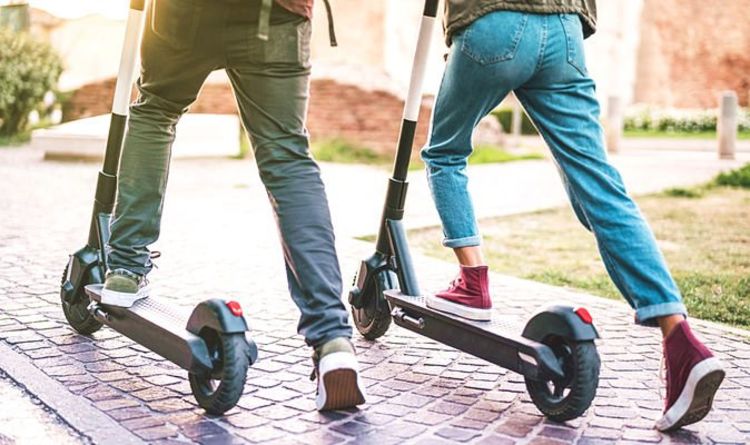 Electric scooters kickstarted trials in the UK earlier this summer after the transport department cleared the way to use these battery-powered gadgets on the road. But in the weeks since the first tentative tests rolled out, thousands of scooters are now poised to hit British streets.

Why the rush? Well, the ongoing coronavirus pandemic has convinced local authorities to focus on alternative forms of transport – to help people avoid underground and national rail trains, and buses.

With local authorities nationwide pledging to expand the size of cycle lanes in response to changing habits triggered by the ongoing public health crisis, it seems like the perfect time to roll out electric scooters like those already found in San Francisco, Paris and Madrid.

Dozens of cities and local councils across England, Scotland and Wales are in discussion with domestic and international rental scooter firms companies, the Financial Times has reported. Tests are already taking place right now in Teesside and Milton Keynes. Joining then is the West Midlands, which has plans to kickstart the largest scheme yet. Eventually there will be 10,000 vehicles on the streets of Birmingham, Coventry and Wolverhampton.

That’s not just huge in scale for this country – if those numbers are correct, it’ll be one of the largest scooter deployments in any urban area worldwide.

Paul Hodgins, Chief Executive of the UK-based electric scooter start-up Ginger told the FT: “This is all evolving very quickly. We’ve gone from snail’s pace in the UK to moving incredibly fast.”

But while existing scooter operators like Lime, Bird, Tier and Voi – not to mention as number of freshly-baked UK-based rivals – prepare to launch in the UK, there is still no signs of change to the law preventing UK citizens owning the same electric scooter models available to rent. Not only that, but safety campaigners have voiced concerns that the increased pace of the roll out could see disastrous results, like those seen in some cities in mainland Europe, with abandoned rental scooters having to be dredged from rivers, rescued from bins and clogging up pavements – causing headaches for those with mobility issues.

Living Streets, a UK charity which campaigns for the benefits of walking, also has some reservations: “We don’t believe the right infrastructure is in place to support e-scooters. [We] are concerned that without sufficient designated road space, people will end up scooting on the pavement.”

There are also some questions about the approach being taken by local authorities, which are handing over contracts for vast numbers of e-scooters to single companies. With more established firms in Europe and the United States – thanks to the two-years or more headstart – it could be tough for British-born rivals to get a foot in the door and catch-up with multi-national rivals.

It's been an incredibly busy week for Amazon's popular Echo smart speaker. Amazon announced a swathe of new devices during an online event, including...
Read more