Elite colleges back away from rescue cash amid criticism of endowments 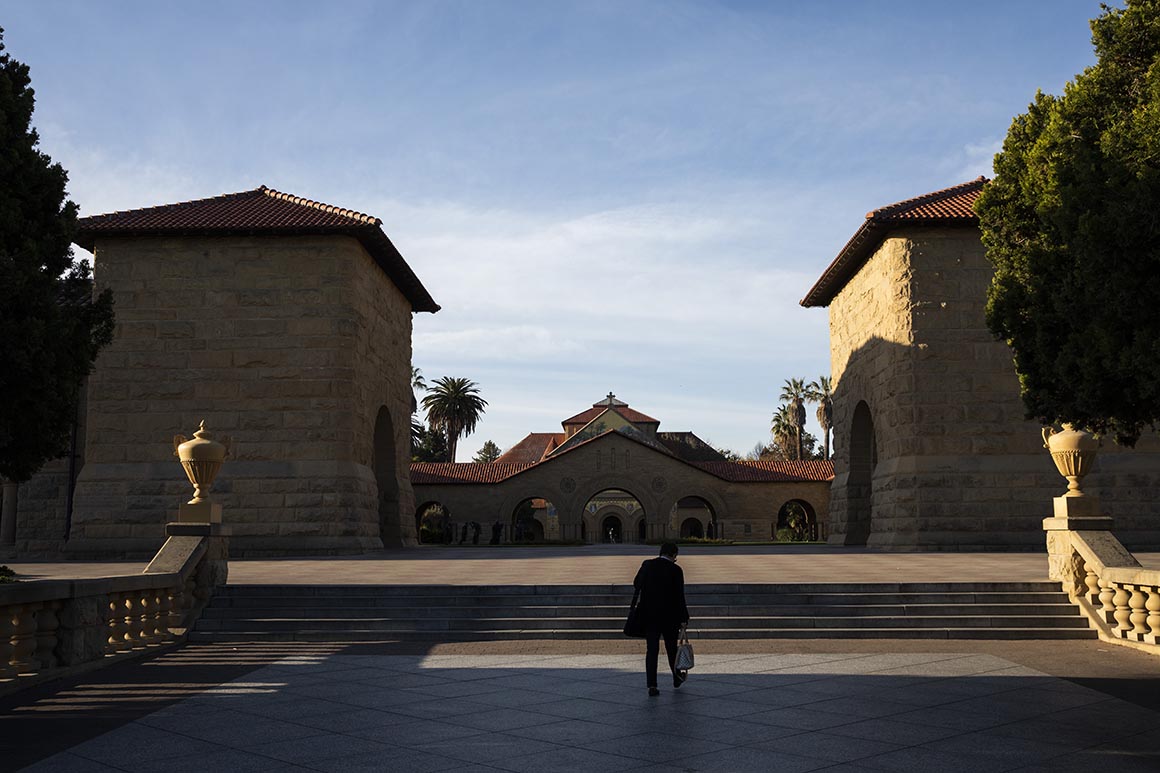 Stanford University is withdrawing an application for $ 7.4 million it would get in federal emergency funding based on its numbers of poorer students. Harvard University is rejecting its $ 8.7 million share, too, citing "intense focus from politicians," the day after being sharply criticized by President Donald Trump. Princeton said it won’t accept the $ 2.4 million that was headed its way.

Colleges and universities across the country are grappling with significant financial losses brought on by the coronavirus as they’ve shut down their campuses and moved instruction online. Some schools have been pleading with Congress for more money in recent weeks, saying the stimulus law that provided nearly $ 14 billion for higher education is not enough to support their students and soften the economic blow they’re seeing from losses in revenue.

Even though a big chunk of the money set aside by Congress is intended to directly target students with emergency grants for needs like housing and food, the nation’s wealthiest universities are under intense pressure from the Trump administration to reject the funds because of their multi-billion-dollar endowments.

“Schools with large endowments should not apply for funds so more can be given to students who need support the most,” Education Secretary Betsy DeVos said Wednesday. “It’s also important for Congress to change the law to make sure no more taxpayer funds go to elite, wealthy institutions."

Other universities with large endowments are still weighing their options. MIT is contemplating whether it will apply for funds, Duke University has not yet accepted the money and Rice University is in discussions about how it would use its funds.

All federal funding Notre Dame receives related to coronavirus relief will be "used exclusively for direct financial aid to students whose families have been struck by unemployment or otherwise upended by the pandemic," said university spokesperson Paul Browne.

All of the universities announced their commitment to financially supporting their students, even without the federal funds designated to support them.

Trump, at Wednesday’s coronavirus taskforce briefing, thanked the universities for giving up their share of the stimulus cash, taking credit for their decisions.

"As you know — this was an interesting story in recent days — I’ve called for Harvard — that’s Harvard University, which has a $ 40 billion endowment fund — to return the money that it was allocated under the CARES Act," Trump said. "And I’m pleased to announce Harvard has announced today that they will not accept the funds, nor will Stanford University or many of the others that were involved both on a university level."

The lion’s share of the relief money — more than 70 percent — is actually bound for public universities, according to a POLITICO analysis of Education Department data. Public universities overall are set to receive nearly $ 9 billion of the funding; private non-profit schools are set to receive nearly $ 2.5 billion; and more than $ 1 billion targets for-profit colleges. Public schools are bracing for the possibility that state legislatures in the coming months will cut funding for higher education amid drastic drops in state revenue. 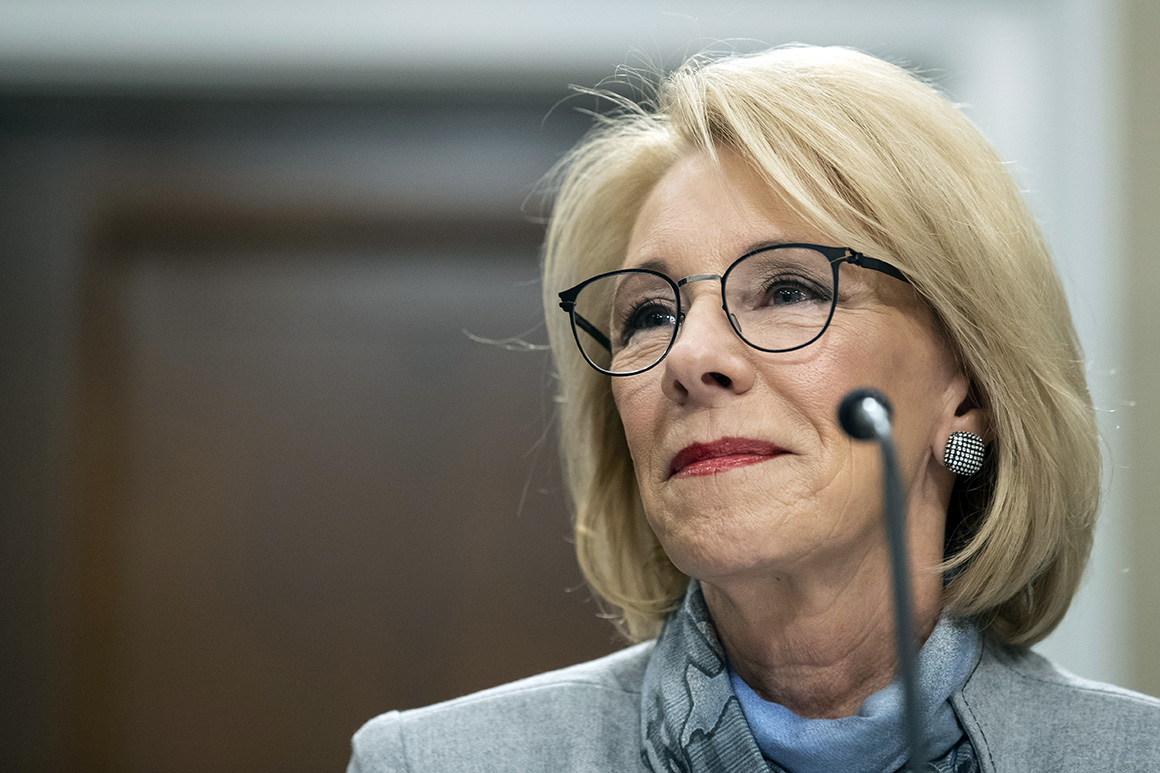 But the prospect of colleges with massive endowments — Harvard’s is more than $ 40 billion — lining up for the money brought blowback from the administration, which also has been tussling with colleges in recent days over the slow rollout of emergency funds.

Stanford’s endowment is $ 27.7 billion, while Princeton’s is $ 26 billion, MIT’s is $ 17.5 billion, Notre Dame’s is $ 11.2 billion and Rice’s is $ 6.4 billion, according to fiscal 2019 figures from the National Association of College and University Business Officers and TIAA.

At least two Senate Republicans — Ted Cruz and Martha McSally — called on Harvard to forfeit its share of the money.

DeVos said in her statement that “wealthy institutions that do not primarily serve low-income students do not need or deserve additional taxpayer funds. This is common sense.”

Most of the nearly $ 14 billion in higher education funding under the CARES Act is allocated to colleges and universities based on a formula in the law. Colleges are entitled to a share of the funding based on the number of students they enroll, heavily weighted toward low-income Pell Grant recipients.

Colleges are required to use at least half of their share of the stimulus funding to award emergency cash grants directly to their students to help cover expenses like food, housing and child care. The rest can go to the institutions, with some restrictions, such as not paying for salaries or bonuses of senior administrators or executives.

The Trump administration this week issued new guidance on how colleges could use the stimulus money. The Education Department forbade for-profit colleges from using it for stock buybacks or shareholder dividends. The department also barred undocumented students, including DACA recipients, from accessing the emergency cash assistance.

The Trump administration is also now looking into whether a university’s share of stimulus money can be sent to another college if it is returned or never claimed. Education Department officials said they believe they can redistribute the money, a department official told POLITICO on Wednesday.

In order to access the stimulus bill funding, colleges and universities must sign an agreement affirming that they will properly use the money. As of Tuesday, about 50 percent of colleges had submitted that paperwork to access the student aid portion of the funding.

Stanford announced Monday that it had contacted the Education Department to rescind its request for relief funds, saying it wanted to keep the money available for smaller colleges.

While the university is expected to take a financial hit, “we realize that this crisis represents an existential threat for many of the smaller colleges and universities that are such a critical part of the fabric of higher learning in the United States,” said E.J. Miranda, a Stanford spokesperson.

“We believe strongly in the importance of keeping these institutions viable in order to provide access to higher education for as many students as possible, and we had concluded that this should be a priority,” he continued.

DeVos praised the decision on Twitter and encouraged other wealthy schools to follow Stanford’s lead. Princeton University, which has not applied, has also said it will not be accepting its stimulus money.

“Our no-loan financial aid packages and other programs are designed to provide exceptional levels of support to our students, including DACA beneficiaries and international students,” said Ben Chang, a Princeton spokesperson. “We have also taken steps to meet additional needs resulting from COVID-19, and will continue to look for opportunities to do so throughout this crisis.”

Jonathan Swain, a Harvard spokesperson, said earlier Wednesday that the university hadn’t received nor applied for any funds from the Higher Education Emergency Relief Fund and was still weighing its decision.

“We continue to review the additional guidance from the Department of Education related to the Fund and will make a determination as to whether we will seek to access the allocation that was made to Harvard by statute,” Swain said in a previous statement.

Later in the day, the university declared it would not seek the funds, referring in a statement to “intense focus by politicians and others on Harvard” and “the evolving guidance being issued around use of the Higher Education Emergency Relief Fund.”

“We will inform the Department of Education of our decision and encourage the department to act swiftly to reallocate resources previously allocated to Harvard,” Swain said. “While we understand any reallocation of these resources is a matter for the Department of Education, we hope that special consideration will be given to Massachusetts institutions that are struggling to serve their communities and meet the needs of their students through these difficult and challenging times.”

Harvard’s quick decision to skip applying for the funds followed being singled out by Trump at Tuesday’s coronavirus task force briefing, where he declared that schools with large endowments shouldn’t be taking any relief money.

A senior Senate Republican aide who worked on the stimulus legislation said the backlash to the higher education funding was misguided. "It’s ironic that it’s being stoked by two billionaires," the aide said referring to Trump and DeVos. "These funds are going to schools to help needy kids and poor kids."

The formula in the law, which was negotiated "pretty amicably" during discussions about the CARES Act, according to the GOP aide, is heavily weighted toward giving more money to schools based on the number of Pell Grant recipients they enrolled. The money is going to help low-income students, even those at elite schools, "but I can see how it’s good populism" to push back against it, the GOP aide said.

Scrutiny of big endowments isn’t new. A 2017 Republican tax law levied an “endowment tax” on wealthy private schools, which is a 1.4 percent excise tax on their investment funds.

Even before the focus on Harvard’s share of the stimulus funding, DeVos had urged all college presidents to consider donating their allocation to other schools in their region if they didn’t need the money. She wrote in a letter to college leaders that “if you determine that your institution’s students do not have significant financial need at this time, I would ask that you consider giving your allocation to those institutions within your state or region that might have significant need.”

“Secretary DeVos shares the concern that sending millions to schools with significant endowments is a poor use of taxpayer money,” Angela Morabito, a department spokesperson, said in a statement.