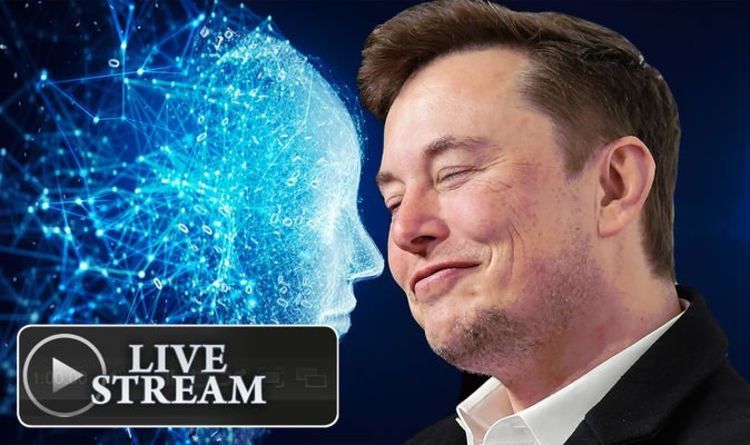 The SpaceX and Tesla CEO has also claimed the chip will cure depression and addiction.

Now, pundits expect Neuralink to perform a real-time demonstration of neurons firing off through the interface.

Whatever the demonstration will entail, it promises to be a major update on what has been revealed so far.

Mr Musk teased in February: “Wait until you see the next version vs what was presented last year. It’s *awesome*.”

Towards these lofty goals, Neuralink will use a sewing machine-like device to implant extremely thin implants into the brain.

The threads will then connect to a small external device behind the ear.

In 2019, Neuralink claimed it had already completed a number of successful tests on rats and monkeys.

The company said it had tested a prototype with more than 3,000 electrodes implanted into the outer layer of the brain – the cortex.

Mr Musk has confirmed a new version of its “sewing” machine will be unveiled.

However, he noted the machine is still far from the capabilities of something as precise as LASIK – a form of laser surgery performed on the eyes.

He tweeted: “Yes, will show V2. Still far from LASIK, but could get pretty close in a few years.”

Other applications of the technology could help people who have lost the function of their limbs.

In a white paper exploring Neuralink’s mission, Mr Musk wrote: “Although significant technological challenges must be addressed before a high-bandwidth device is suitable for clinical application, with such a device, it is plausible to imagine that a patient with spinal cord injury could dexterously control a digital mouse and keyboard.

“When combined with rapidly improving spinal stimulation techniques [42], in the future, this approach could conceivably restore motor function.