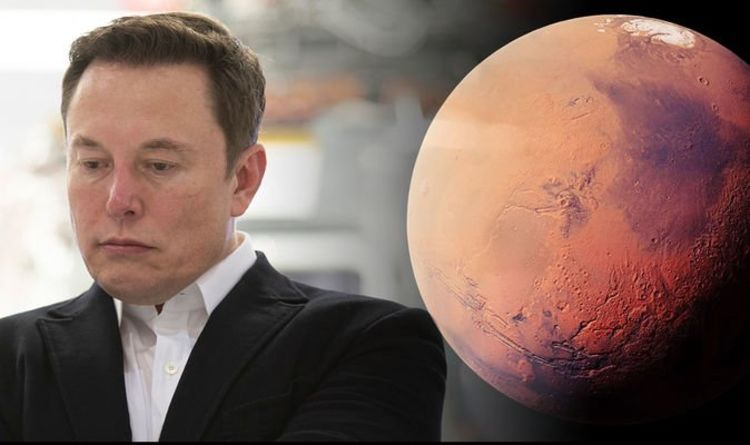 In a talk at the International Astronautical Congress (IAC) on October 23, Mr Zubrin made the case for his long-standing “Mars Direct” plan. He pointed out that his plans made more sense than SpaceX’s current Starship architecture and the plans of NASA, which could use the Gateway lunar space station as a staging point for human Mars missions. Mr Zubrin said that there is a better way to make humanity a multi-planetary species than what has been tabled by both SpaceX and NASA.

Mr Zubrin argued that the propellant requirements of SpaceX’s Starship would be excessive for such a large vehicle.

He said: ”In short, this is the wrong way to use a Starship.

“Starship could be used as a fully reusable Earth to LEO [low Earth orbit] heavy-lift vehicle.”

He added that from orbit, payloads could stage off Starship to head to Mars.

Mr Zubrin proposed using another spacecraft, a sort of mini-Starship, to “stage off of Starship.”

A secondary vehicle for reaching Mars would be sized to be a fully reusable upper stage of SpaceX’s workhorse Falcon 9 rocket.

Mr Zubrin said this would reduce the fuel requirements sixfold.

JUST IN: Elon Musk: Why has SpaceX CEO donated $ 1MILLION to plant trees?

Aboard this spacecraft would be a nuclear-powered rover that generates rocket fuel from the carbon-dioxide-dominated Martian atmosphere.

This rover’s work would ensure that the ERV’s fuel tank is topped up on the Red Planet.

Two more spacecraft would launch from Earth to Mars at the next available window, 26 months after the ERV takes flight.

The crew would then spend 18 months on Mars before returning to Earth.

Half a year later, they would arrive back on their home planet, and the next ERV and habitat combination would already be flying to the Red Planet, Mr Zubrin has suggested.

But this plan is not what SpaceX or NASA want to do, Mr Zubrin said in his talk.

Mr Zubrin has argued that the agency should reconsider this approach.

Mr Zubrin also brought up a few alternative architectures for the plan to land humans on Mars and have them set up a sustainable community there.

One he criticised was the idea of sending SpaceX’s Starship to the moon before going to Mars.

He said: ”Sending a Starship to the moon is like sending a carrier aircraft whitewater rafting.

“It’s the wrong spot for it,” Mr Zubrin said.

He said that one issue would be the amount of ejecta Starship would produce in the lunar environment, which could not only damage any lunar settlement nearby, but the Starship itself.