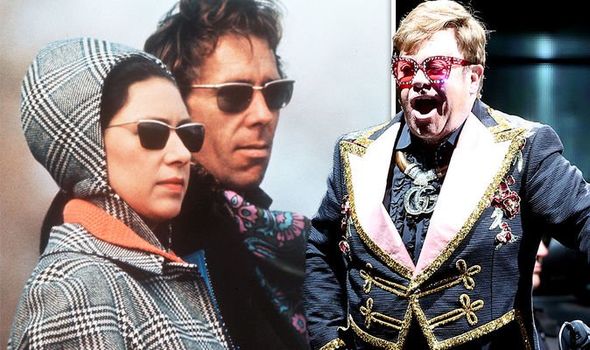 But one in particular stands out – Elton talked about one night at Princess Margaret’s house that turned tense.

It was after the star moved to a suburb called Virginia Water in Surrey – Elton befriended English film director Bryan Forbes after a chance meeting in a bookshop.

According to his book, the singer was halted when Forbes thought he recognised him in the middle of the aisles.

After a brief conversation it turned out the director thought Elton was one of the Bee Gees, a pop band who hit their stride in the 1960s and 1970s.

After the initial mishap, the two creatives got on like a house on fire, both sharing their stories in their respective industries, and their friendship eventually led to a dinner party that went wrong. 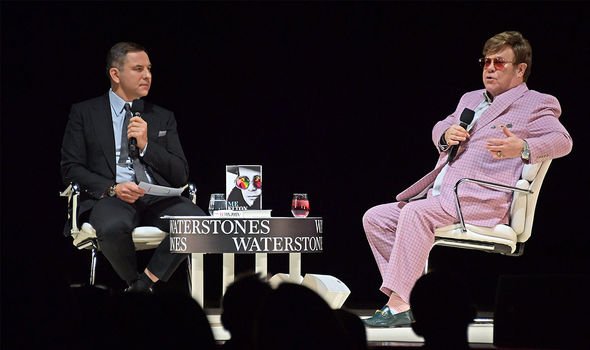 Elton John released his new biography at the end of last year, called Me (Image: GETTY)

Elton said: “If you were invited to the Forbes house for lunch you’d find yourself sitting between Peter Sellers and Dame Edith Evans, drinking in their stories, or you’d turn up to discover that the other guests included the Queen Mother.

The singer went on to say Forbes knew many of the Royal Family as he was president of the National Youth Theatre, and Princess Margaret was a patron.

“It turned out that Princess Margaret loved music and the company of musicians,” Elton continued. “She ended up inviting me and the band back to Kensington Palace for supper after a gig at the Royal Festival Hall.

The star said the event turned out to be “incredibly awkward”, and by the end of the evening the band were left stunned to silence after witnessing a huge row between the princess and Snowdon.

“Not because of Princess Margaret – she was really sweet and friendly to everybody,” Elton insisted. “But because of her husband, Lord Snowdon.

“But even so, nothing could have prepared us for his arrival.

“He stormed in midway through the meal and literally snarled ‘Where’s my f***ing dinner?’ at her.

“They had a huge row, and she fled the room in tears.