Elvis: Frank Sinatra's DESPERATE attempt to save The King's life 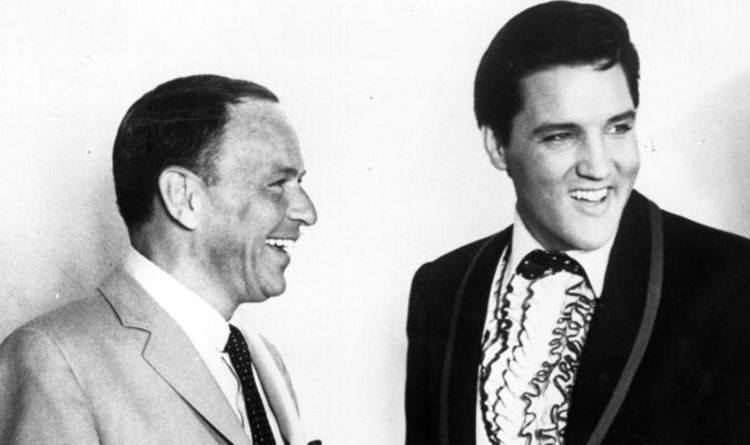 When Elvis and Rock ‘n Roll music first arrived on the scene, Sinatra was scathing. He called it: “the most brutal, ugly, degenerate, vicious form of expression it has been my displeasure to hear… It fosters almost totally negative and destructive reactions in young people. It smells phony and false. It is sung, played and written for the most part by cretinous goons and by means of its almost imbecilic reiterations and sly, lewd—in plain fact, dirty—lyrics, and as I said before, it manages to be the martial music of every sideburned delinquent on the face of the earth … this rancid-smelling aphorodisiac I deplore.” Not a good start to the relationship between two of the greatest legends in popular music.

Before he met Elvis, Sinatra said of the young pretender in 1957: “Only time will tell. They said I was a freak when I first hit, but I’m still around. Presley has no training at all. When he goes into something serious, a bigger kind of singing, we’ll find out if he is a singer. He has a natural, animalistic talent.”

Fair enough, The Chairman of the Board had been a major and respected star since the early 1940s, while The King had only just been catapulted to global success with his first major hit, Heartbreak Hotel, in 1956.

Within a few years, though, Elvis was guest of honour on a special edition of Sinatra’s TV show, which celebrated his US return from military service in Germany.

WATCH ELVIS AND FRANK SINATRA IN THEIR TV SPECIAL BELOW

READ MORE: Elvis and John Lennon met in 1965 and it was a DISASTER

A mutual respect grew between the two men and by the late 1960’s both found themselves at the centre of the Las Vegas show scene.

At the same time, both also became friends with Tom Jones, who was headlining his own show there.

Years later, Jones’ publicity man, friend and journalist Chris Hitchens revealed a candid conversation where Sinatra confessed he had tried to save Elvis.

Hitchens said: “Tom Jones and I met up for a drink with him in New York and he told us that he had just been on the phone to Elvis.”