Elvis funeral: THIS is where the coffin sat in Graceland – Vernon's beautiful last gift 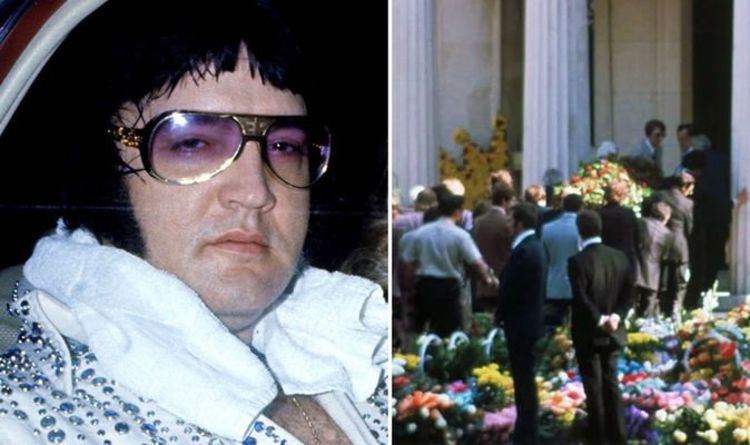 First, it was Vernon who overrueld objections to insist that the fans be given access to Graceland to pay their respects.

Originally, the funeral service was planned to be held at Memphis Funeral Home but Vernon insisted it was held at home and announced there would be a public viewing so as many fans as possible could pay their respects.

Remember, it was obviously not open to the public as it is now. It must have been overwhelming for them to be allowed into the house, magnified by their grief at the reason why.

Over 50,000 fans had gathered outside the house, stretching a mile back. It was 90 degrees and some fainted from the heat and emotion.

The open coffin had been placed in the archway between the living room and the music room on the south end of the house for the family to take some private time to say goodbye.