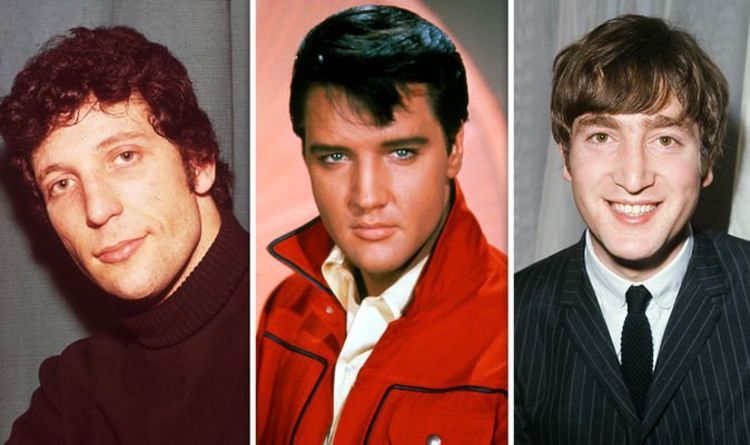 Elvis, sometimes dubbed the King of Rock ’n’ Roll, died more than 40 years ago – but his name lives on, and many fans will be remembering the star on what would have been his 85th birthday tomorrow. Although his reputation means he is still considered a cultural icon today, Elvis was rumoured not to get along well with many other stars, due to his competitive nature. Elton John claimed in his newly released autobiography that, during their one meeting, the King was completely disinterested in him despite working in the same industry. Yet, Sir Tom Jones was an exception. A fellow Sixties singer with a similar reputation as a crooner, the ‘It’s Not Unusual’ star became one of Elvis’ closest confidantes.

Writing in the Daily Mail in 2011, Chris Hutchins explained how they developed a “deep friendship” as Elvis thought Sir Tom was “a man’s man” like himself. They were also united in their dislike of another star – John Lennon.

Mr Hutchins explained how Elvis would frequently “fly into a rage” at the mere mention of The Beatles’ name.

The author wrote: “His dislike of the pacifist Beatle was born from the night I took the Fab Four to his house for their first – and last – meeting.

“John had annoyed Presley by making his anti-war feelings known the moment he stepped into the massive lounge and spotted the table lamps – model wagons engraved with the message: ‘All the way with LBJ [former US President Lyndon B Johnson]’.

“Lennon hated President Lyndon B Johnson for raising the stakes in the Vietnam War.”

Elvis, on the other hand, had been drafted into the US army between 1958 and 1960, while the Vietnam War raged on, and so had different views to John.

Mr Hutchins explained how this one encounter cemented Elvis’ dislike of The Beatle. He wrote: “Presley allied himself with the FBI director Edgar Hoover and encouraged him to have Lennon thrown out of the US.”

However, Elvis’ ex-wife, Priscilla Presley, later recalled the awkward meeting between the men in 1964 – and how The Beatles were actually excited to meet Elvis.

She said: “You could hear a pin drop when they walked in. All they cared about was seeing Elvis.

“I wanted to take him outside and see what sort of hiding his intellect would stand.”

Mr Hutchins commented: “For the first time that night, Elvis smiled. Tom was talking his kind of language.”

Tom and Elvis were incredibly close right to Elvis’ sudden death in 1977. They regularly exchanged extravagant gifts and appeared to share a bond Elvis struggled to establish with many others.