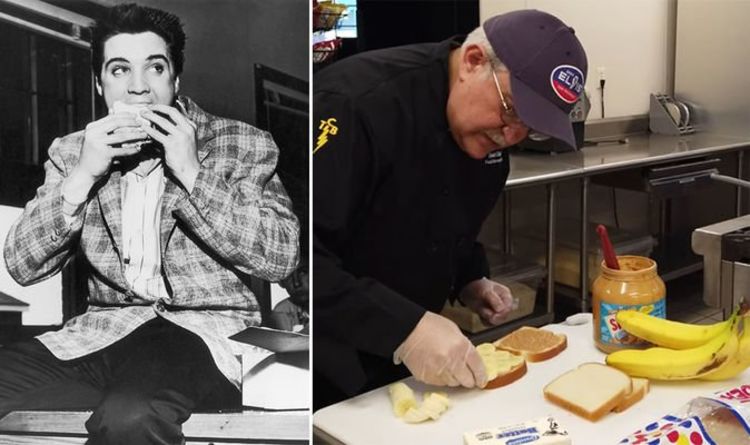 However, Clark clarified that he was demonstrating how to make the sandwich in the traditional way.

Another tip he suggested, especially if making the sandwich for a group, was to microwave the peanut butter a little to make it easy to spread.

Having spread on both sides of the white bread and placed the chopped banana in the middle, it was time for the grilling.

After placing bacon grease in a frying man, he grilled both sides until golden brown.