Elvis Presley: Who is playing Colonel Tom Parker in Elvis... 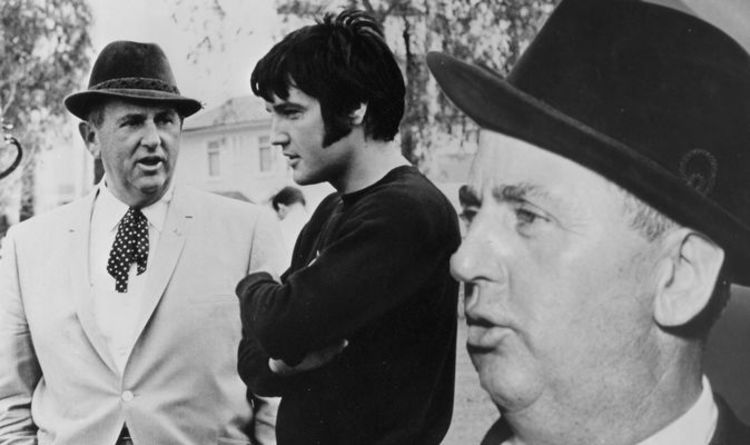 Colonel Tom Parker’s relationship with Elvis Presley has been chronicled in a huge number of movies and documentaries. He is not often portrayed in a positive light, especially after a judge ruled Parker’s management of Elvis’ estate was “unethical.” But in the upcoming biopic, who will plays Colonel Tom Parker, and what did Parker’s widow, Loanne, warn about the part?

In the new movie, which is expected to be released in October 2021, Tom Hanks will take on the role of the manager.

Hanks is currently in Queensland, New South Wales, for shooting the movie, which is being directed by Australian director Baz Luhrmann.

However, Hanks has received a blessing and a warning from Loanne Parker, Colonel Tom’s widow, who spoke out about the role if Hanks was to accept it.

Speaking before Hanks was confirmed in the role, she said: “If Tom Hanks takes on a role, he makes it a good fit.

“He will be a good fit for Colonel, I have trust in his abilities.

“Every story has a hero and a villain, and the past stories that made Elvis a hero and that leaves only the Colonel to be a villain and both of them were heroes in their own right.

“I would like to see that clarified, and I have great faith in Tom’s ability and integrity and I just pray he wouldn’t do anything less than the truth.”

Hanks is currently awaiting news on whether he has bagged another Oscar for his role in A Beautiful Day in the Neighbourhood, the movie about USA children’s TV presenter Fred Rogers.

Tom Hanks will by no means be the first person to play Parker, who has been seen in a number of series about Elvis.

In the 1979 made-for-TV movie, starring Kurt Russell as Elvis, Pat Hingle portrayed Parker, while he was portrayed by Beau Bridges in 1993 and Hugh Gillen in 1988.

In more recent memory, he was portrayed by Randy Quaid in the CBS miniseries, which saw Jonathan Rhys Meyers take the lead role as Elvis Presley.

In this version, Parker was certainly portrayed as a mercenary, with him being described as someone “who would sell the paint off his mother’s house.”

After this version, he was portrayed by Gene Jones in the Martin Scorsese-produced series Vinyl, and Billy Gardell in the series Sun Records, which also chronicles his relationships with former clients Eddy Arnold and Hank Snow.

However, it is uncertain how he will be portrayed in this new version, which will likely have the Luhrmann glamorous style about it.

What is the Elvis biopic about?

The new biopic will feature Elvis’ rise to fame between 1950s and 1960s, which saw him breakout as a performer.

This period was also a tumultuous one for Presley, as he did military service, his mother passed away, leaving him distraught and greatly affected.

He also began to focus on films over his music for a period in the 1960s, before he made a glorious comeback with songs such as Suspicious Minds and In the Ghetto.

During this period he also had his difficult romance with Priscilla, which will be shown through the relationship between Butler and DeJonge.

The unnamed Elvis biopic is expected for release in October 2021