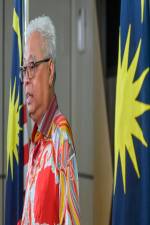 AS of Aug 1, HITZ, Malaysia’s No. 1 English radio station, has ramped up its efforts in supporting even more of Malaysia’s local music talents, pooling together professionals and veterans from the local music industry to elevate the standards of the country’s English music scene.

“HITZ has always been supportive of local content and talents. It is not a sudden shift, but we are amplifying awareness, promotion and support of local talents and music through the Astro Radio #SapotLokal campaign,” she said, reiterating that the station has consistently pushed songs on the Malaysian English Top 10 (MET10) charts for one hour every weekend.

“Having said that, we realise that we can and want to do more as Malaysia’s No.1 English station. What we’re doing now is amplifying our efforts and our goal is more than playing a song on radio. We also want to educate our fans about local artistes, and we’ve introduced segments like ‘Behind the Hit’ on our digital platforms, where the local musician will explain the idea behind the song, as well as ‘HITZ Session’, where local artistes carry out an unplugged performance.”

Further explaining that this is not a rebranding, but HITZ pivoting itself into better using its position to further bolster local artistes and musicians, Priya claims that the #SapotLokal initiatives will be undertaken by Astro Radio’s various platforms.

“Through our new initiatives that encourage aspiring musicians to send in their music, we are providing a platform for everyone to have a chance in promoting their music. These songs, however, must go through the Malaysian Music Panel for selection.”

The panel being referred to will act as a type of oversight committee for the #SapotLokal initiatives on HITZ. It will be a rotation of different radio and music industry veterans, or thought leaders who are highly respected in their fields.

“We have every confidence that they will do a good job in showcasing local artistes. To prevent bias, the songs sent to our panels will not be labelled, so they will not know the singer and the song title during the selection process,” Priya assured.

On how much more music from local artistes will be played on HITZ compared to the past, Priya pointed out that local music will be placed in the main rotation.

“It’s mixed with international hits every hour. But, this also depends on the local tracks we receive. In the past, on average, we got three to four tracks a month from local artistes. We’re hoping with us committing to playing local tracks, that number increases.”

At its current juncture, HITZ is throwing its entire weight behind increasing the exposure of local talents to the station’s listeners.

“We are hopeful that with the efforts we currently have in place, our local artistes will be able to grow not only in the Malaysian market but also internationally,” Priya said.

“In the future, we hope to be able to have forums to educate local musicians on the ins-and-outs of the industry and link them to music labels; and possibly even have concerts to showcase both current and aspiring artistes.” – by Mark Mathen Victor